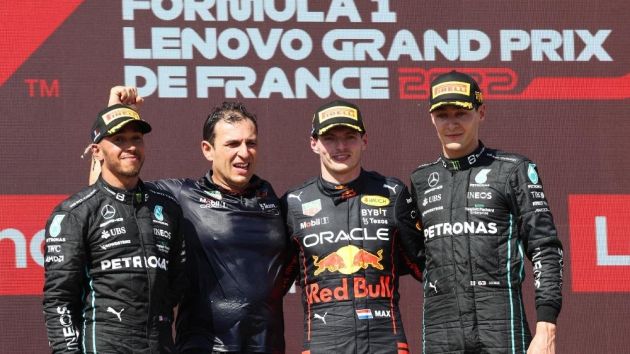 Formula One has confirmed that the French Grand Prix will not feature on the calendar from next season.

The global motorsport series’ chief executive Stefano Domenicali confirmed that the contract will not be renewed in a move that will free up space for new races in Las Vegas and Qatar in 2023.

French Grand Prix organisers have confirmed they are looking at a return for the race in the future, potentially on a rotational basis.

Previously, Domenicali suggested that the event could stay on the calendar going forward if it moves to Nice, rather than staying at Circuit Paul Ricard.

“Historically, France has been an important nation in motorsport,” Domenicali told L'Équipe. “You might not know this, but there is an amazing project with Nice, who wants a Grand Prix. It’s great, as it proves that other destinations in [France] are interested in F1.”

Earlier this week, Domenicali revealed that the Belgian Grand Prix could survive the axe from next season’s calendar.

“I saw a comment that Sunday’s race in Belgium would be the last, but I would be very prudent on that,” he said. “Discussions are still on.

“We are working and discussing with other promoters to see if they are ready for a full commitment on next year but the balance is to find a mix of races with one third in Europe, one third in the Far East and the other third in America and the Middle East.

“We have always said that the traditional races, even though they cannot bring the same money as the others, have full respect from us, and you will see that is respected this year but also in the future.”