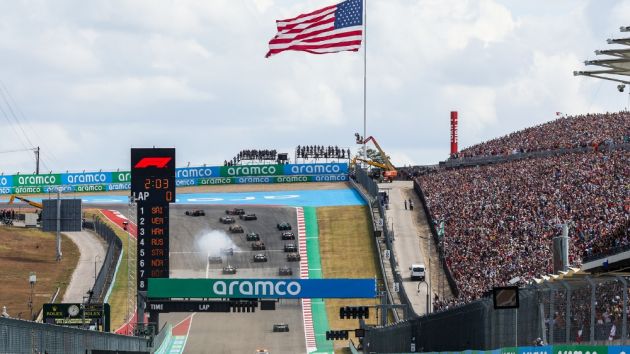 The 2022 Formula One season has become the most viewed in US history, with an average of 1.21 million viewers tuning in across Disney-owned ESPN.

Beating the record that was only set last season, this represents a further 28 per cent increase over the 949,000 average viewers that watched in the 2021 season. This makes 2022 the first season to ever average over a million viewers in the US.

Furthermore, 352,000 female viewers watched the season, a 34 per cent increase and making up 28 per cent of the total audience. This was the highest number of female viewers in Formula One history in the US.

In the 18-49 demographic, an age-group highly indicative of the future direction of a series and popular with advertisers, saw an average of 521,000 viewers per race - up 29 per cent

There was also encouraging figures among younger viewers, with an average of 36,000 watching from the 12-17 demographic, a 49 per cent increase, the largest year-over-year growth of all key demographics.

The season also included the most-watched live Formula One race in history, with a record 2.58 million viewers watching the inaugural Miami Grand Prix. On top of this, 12 other races set all-time viewership records during the season.

Formula One recently extended its contract with ESPN, with the Disney-owned broadcaster paying up to US$90 million a year to retain the US media rights.