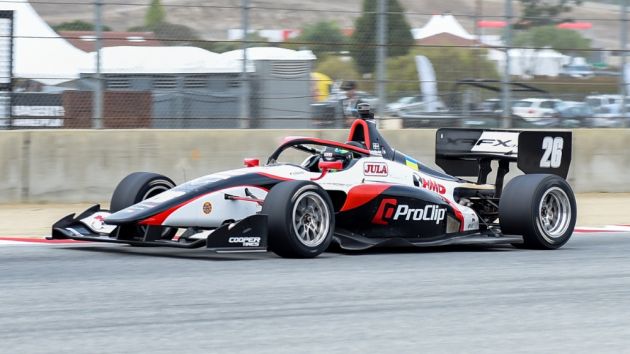 HMD Motorsports has expanded their headquarters, moving from a 6,500-square-foot building to a new 65,000-square-foot facility in Brownsburg, Indiana.

Context: HMD Motorsports, founded in 2019 by Henry Malukas, have experienced a rapid rise in the junior categories of American single-seater racing. The team only competed with two entries in their first season, and just four years later this number now sits at nine.

Comment: Mike Maurini, general manager of HMD Motorsports, said: “The goal is to do at least eight [cars] in Indy NXT in 2024. Then we'll see from there. Aspirations to be involved in the IndyCar programme on more of a full-time basis; a standalone program has not been out-ruled by any means. There's always the passion for that, but obviously, the dollars and cents have to make sense for that to move forward.”

Coming next: HMD Motorsports will be hoping to follow a similar path to that of Juncos Hollinger Racing, a team that started in the lower ranks of the IndyCar junior ladder and now enjoys two full-time entries in the premier class. Inspiration will also come from the Formula One junior academies as the team looks to implement a similar structure as they continue to expand. The newly renamed Indy NXT series returns on 5th March.