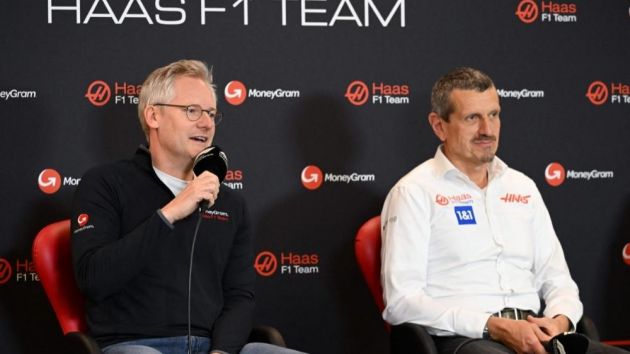 Haas Formula One team have announced MoneyGram as their new title sponsor for the start of the 2023 season.

The American team, who have been without a title sponsor since dropping Uralkali at the start of this season, have signed a multi-year deal with the digital P2P payments provider ahead of this weekend's United States Grand Prix.

Financial terms of the deal are not disclosed, but RacingNews365.com reports that Haas have signed a three-year deal worth US$20 million per year.

“We are pleased to welcome an incredible brand like MoneyGram as our new title sponsor,” said Gene Haas, founder and chairman of the Haas Formula One team.

“Since our entrance into the F1 World Championship in 2016, Haas F1 Team has earned a reputation of strength, agility and resilience.

“MoneyGram brings a similar drive to the world of financial services, and we’re ready to work together to maximize results on and off the track.”

Alex Holmes, MoneyGram chairman and chief executive, added: “MoneyGram is a different company than it was even five years ago. We’ve reinvented ourselves into a global leader in the evolution of cross-border payments with our fast-growing digital business and strong culture of fintech innovation – and we’re just getting started.”

“We will continue to disrupt ourselves to meet the ever-changing financial needs of consumers, and we’re determined to make sure the world knows it.

“That’s why we’re hitting the accelerator by making our debut into the world of F1 and teaming up with Gene and Haas F1 Team.”

Günther Steiner said in April that Haas would not rush into any new sponsorship deals, emphasising the caution with which the team has approached this new partnership.

MoneyGram, based in Dallas, will become the third title sponsor in five seasons, after Haas endured tumultuous and controversial relationships with Uralkali and Rich Energy.

Haas are currently in the middle of a dispute surrounding whether or not Uralkali is owed compensation from the termination of its contract earlier this season.

The company is demanding a US$13 million refund and US$8.6 million in compensation, but Haas claim they are owed €8 million (US$8 million).

The relationship with Rich Energy was punctuated by numerous public spats with the brand's founder, William Storey, including comparing the team's car to a milk float.

The company also announced the termination of its title sponsorship via Twitter in July 2019, something the company's shareholders and the Haas Formula One team denied. The pair officially parted ways in September that year.