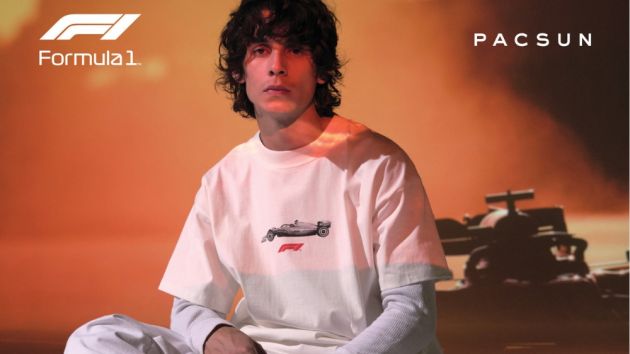 Formula One has collaborated with American clothing retailer PacSun as part of a merchandising deal set to commence in December.

The deal will see a six-piece collection will be released on 12th December, before the official launch of the collaboration with a full collection set for release in early 2023.

The collection will be available for between US$30 to US$65, noticeably cheaper than usual Formula One merchandise. This lines up with the global motorsport series' attempts to broaden its appeal, while signing this licensing deal with an American retailer highlights its attempts to attack the American market.

The partnership, brokered by CAA, was officially announced at ComplexCon, a two-day conference in California, where the retailer made an exclusive fleece available to attendees.