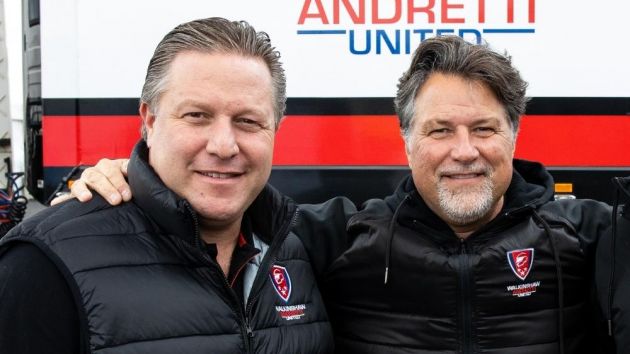 Formula One chief executive Stefano Domenicali has reiterated that the global motorsport series does not need to expand its current ten-team grid, casting further doubt over a future Andretti Autosport entry.

The US racing outfit has been pushing for an entry into the global motorsport series by 2024, most notably when owner Michael Andretti lobbied team principals at the Miami Grand Prix.

Andretti is one of a number of reportedly interested parties and an entry evaluation process is ongoing, but no details have been released as to how long this process will take.

Nevertheless, Domenicali has suggested that Formula One is not rushing to add a new team.

“I think today in the actual status of F1, it’s not a problem of quantity, where we can see a step of increasing the value of F1,” Domenicali told Motorsport.com.

“It is a matter of understanding really, not only the ones that have a bigger or louder voice, but there will be other people, because Andretti was quite vocal about his request. There are others that have done the same, in a different way.

“As I always said, I don’t believe that it is today the problem of having more teams that will give more value to the championship.

“But there is a protocol that has to be fulfilled. And everyone, Andretti included, is following that. So this is the situation today. I don’t see any changes. And I don’t want to say yes or no.”

Andretti Autosport announced plans earlier this week to build a US$200 million global headquarters in Indiana, which is set to be a base for current and ‘future’ racing initiatives. Domenicali’s comments suggest that Formula One might not be one of those, despite the team’s interest.

This is not the first time Domenicali has moved to pour cold water on the Andretti fire.

In June, the Italian said that “if someone wants to join, it has to be really significant”, implying the impending entries from Porsche and Audi are much more significant for Formula One.

He went further this month, claiming that Audi and Porsche would add credibility to the series. Mercedes team principal Toto Wolff agreed, saying that an original equipment manufacturer (OEM) or an international multinational group would bring much more value to those already on the grid.

Formula One stakeholders appear far more enamoured with the prospect of a manufacturer joining the series, perhaps forgetting the rich history of privateer teams like Williams and McLaren. Then again, with rumours swirling about the future of the Belgian Grand Prix after this weekend, history does not seem all that important.