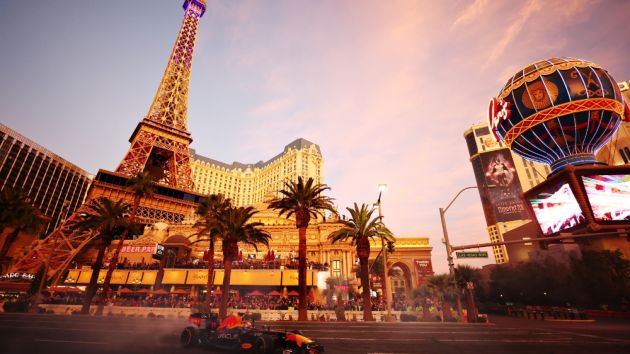 The 2023 Las Vegas Grand Prix will have an exclusive US$1 million package on offer from Wynn Resorts as Formula One seeks to maximise the return on an investment that is set to surpass US$500 million.

As one of the four founding partners of the race, Wynn will offer a limited but unspecified number of these packages to groups of six. They will be offered a four-night stay in a three-bed duplex with 24-hour butler service, Dom Pérignon, access to the opening ceremonies and Paddock Club, and spa treatments among a range of other perks.

The chief commercial officer of the Las Vegas Grand Prix, Emily Prazer, said in a statement issued to Sports Business Journal (SBJ) that VIP offering “combined the most exclusive access points across the track with Wynn's ultra-luxury accommodations and amenities to offer a package better than ever before and create the greatest race weekend imaginable". Wynn has said it will donate US$100,000 from each package to charity.

Details of what is being offered by the other founding partners also point to the race's positioning as a luxury event. MGM Resorts is set to build a grandstand on the Bellagio's lake, with access limited to those who purchase its top-tier packages, reportedly being priced at US$100,000 each.

“In addition to the Bellagio Grandstands, which will set new standards for event viewing, we will create a round-the-clock celebration worthy of this international spectacular,” said MGM chief commercial officer Steve Zanella told Front Office Sports.

In terms of general admission, prices start at US$500 for a three-day ticket, rising to US$2,500 for grandstand access and US$10,000 for hospitality.

According to Steve Sisolak, governor of Nevada, Formula One will have invested around US$500 million into the event before the race even occurs, and this only includes the land purchase and building construction.

“They told me between the land and what they’re building that they’re putting here, that’s a half a billion dollars, right here,” said Sisolak.

“On top of everything else they’re building. All the stands on the Strip, all the other things that they’re putting together. The economic impact this is going to make in the economy in Las Vegas is going to be astronomical.”

While only a three-year contract has been signed for the Las Vegas Grand Prix to be staged, all signs point towards this becoming a long-term marquee event on the Formula One calendar.

“The intention is for this to be a permanent event,” said Steve Hill, president and chief executive of the Las Vegas Convention and Visitors Authority. “It’s going to be spectacular. We want it every year, and they want to be here.”

“It’s hard to make a statement in Vegas because everything is so big,” Greg Maffei, chief executive of Liberty Media, the ownership group of Formula One, told the Las Vegas Review Journal.

“This paddock building will be a sign of our long-term commitment to the Vegas community. It will serve as a year-round attraction to our fans and will be one of our most spectacular facilities.”