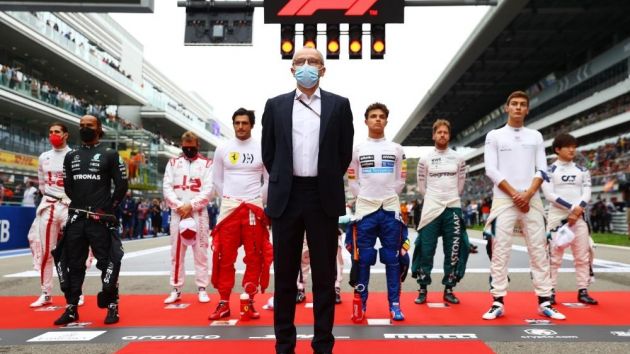 Formula One chief executive Stefano Domenicali has confirmed the global motorsport series has no plans to return to Russia in the future.

The Russian Grand Prix was scheduled to be held at the Sochi Autodrom this year, as it has been since 2014, but the country’s invasion of Ukraine led to Formula One cancelling the event in February.

The decision came after series bosses had only announced in June 2021 that an agreement had been reached to move the Russian round to Igora Drive, 40 miles north of St Petersburg, from 2023.

Despite the financial hit from scrapping the race altogether, Domenicali has no intention of taking Formula One back to the country.

“But in this case, I can promise for sure – we will no longer negotiate with them. There will be no more racing in Russia.”

Alexei Titov, director general of ANO Rosgonki, the company in charge of organising the Russian Grand Prix, said the organisation “must accept” the decision, though insisted it had “nothing to do with the spirit of sports”.

“The current situation in the world of sports is extremely politicised,” he told Russian news agency Tass.

“In view of this context, we must accept the statement of Domenicali. There was a bold political context in everything he said and it had nothing to do with the spirit of sports.

“The future of our relations is unclear today. We will take into account Domenicali’s stance in our future work.”

Titov added that he expects Formula One to refund payments following the cancellation of this year’s Grand Prix.

"If we speak about our previous work, one fact remains unaltered – it is about the corrupted 2022 Grand Prix in Russia and money was supposed to be transferred back, but as of today the money is not received,” he said.

“There is a debt to be paid, it is registered and our position remains unchanged in this regard.

“We are waiting for the refund of the financial means despite [Formula One Management] current stance in regard to the organisation of races on the territory of Russia.”

Formula One had little option but to rule out a return to Russia. However, at the risk of being contradictory, the series needs to be mindful of the moral stance it takes while continuing to race in countries with poor human rights records.

Notably, Saudi Arabia and the UAE are hosting Grands Prix this year, while Qatar and China are set to join them on the calendar next season. Aramco, the state-run oil company in Saudi Arabia, is also two years into a decade-long sponsorship deal with Formula One reportedly worth more than US$450 million.

Evidently, Formula One and moral ambiguity tend to go hand in hand when such commercial forces are at play.