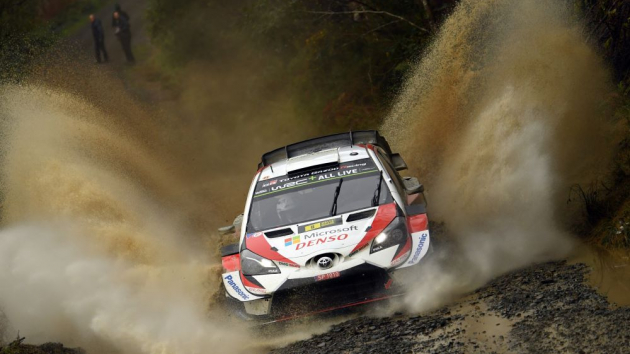 The World Rally Championship (WRC) will realise a long sought-after ambition this year when it races on six of the world’s seven continents for the first time in its 48-year history.

Rounds in Australia, Spain and France have given way to the return of Kenya’s historic Safari Rally and events in Japan and New Zealand, with 2020 marking the first time in over 20 years that both Africa and Asia have appeared on the WRC calendar. What was originally intended to be a 14-round slate has now been cut to 13 after Santiago was forced to withdraw due to the ongoing political and social unrest in Chile, but that has done little to curb anticipation for what feels like a year of change both on and off the track for the world’s premier rallying series.

Reigning champion Ott Tänak’s switch from Toyota to Hyundai was one of several team moves made by some of the WRC’s leading drivers during the off-season, a transition which should produce some of the unpredictability that all motorsport series’ crave ahead of their new campaigns. Meanwhile, in the background, Pirelli will be working away on tyres for the 2021 season after securing an exclusive supply contract last year, while talks will continue between teams and the International Automobile Federation (FIA) about the introduction of hybrid cars from the 2022 campaign.

With the 2020 WRC season getting underway in Monte Carlo this weekend, the BlackBook caught up with the promoter’s managing director Oliver Ciesla (above, right) to discuss the new calendar, future changes to the cars and regulations, and the series’ ever-evolving digital offering.

What was behind the decision to add Japan, Kenya and New Zealand to the 2020 calendar?

The championship has been following for a while a strategy to globalise the calendar and to increase the number of rallies that are hosted outside of Europe. For 2020 we managed to bring the iconic Safari Rally in Kenya back on the calendar, an element that adds some challenging roads to our portfolio of events, but also this picture postcard scenery and the exotic wildlife, which will be an amazing backdrop for showcasing our sport.

We also bring the WRC back to Japan after ten years. Japan is going to host the season finale next season close to the city of Nagoya, and actually it has been since 1999 that Africa and Asia appear together on a WRC calendar.

Finally, Rally New Zealand has a longstanding heritage in the WRC, and its smooth-flowing roads add a special element to the championship that we do not find elsewhere. This will not only guarantee fabulous different TV images, but we also feel that is extra special to the World Rally drivers – we hear from them that once in their career driving either a safari or in New Zealand is something which is considered a must-have for a rally driver.

2020 sees the return of the Safari Rally in Kenya

The inclusion of those events meant that France, Australia and Spain miss out this year. Would you ever consider growing the number of races on the calendar?

Of course our championship growth can also be achieved through increasing the number of events. In the vision I would like to see 16 stops – maybe half of them in Europe, the other half outside of Europe. At the same time this also would add a cost to the logistics both for the promoter and the teams. With a view to building a new world rally car for Rally Monte Carlo 2022, we agreed with the teams that we will not put the burden on their budget through additional events unless the new cars have been built. So in the short term the plan would be to continue with the 14 events.

Santiago in Chile has had to withdraw from the calendar because of the political unrest in the country. How will that affect you commercially?

It is of course a pity that the championship loses one of its weekends. This means there are a number of global TV audience and also a number of digital targets that we hoped to achieve through this stop which now cannot be achieved. Of course we will try to compensate that elsewhere through promotional events, as we did last year in Estonia, or through other activities, especially on social media or in motorsport-related activities, or an end-of-season gala. But yes, it affects in particular the audience that we try to achieve for the brands involved in the championship by reducing the number of weekends.

There have been a lot of drivers changing teams during the off-season. Is this something that will have a positive impact on the on-track product this year?

This is very much increasing the unpredictability about who is going to win the first rally, who is going to win the championship. There’s a new situation with Ott [Tänak] sitting now in a Hyundai, Sebastian [Ogier] consequently sitting in the Toyota, Elfyn Evans following him to Toyota, [Esapekka] Lappi now driving for M-Sport, so all of this means that they will have to get used to the new equipment, and no one can predict how that will work for the first events. Consequently, the unpredictability of the outcome of the sport remains high, and this creates excitement, this creates entertainment, so drivers changing seats, for me, always adds to the entertainment.

It was also announced that the WRC will introduce hybrid powered cars from 2022. How is that progressing at the moment and how do you expect adopting more environmentally friendly vehicles to change your proposition from a commercial perspective?

This is part of the consideration, for sure, as a marketing platform where we wish to showcase the biggest car manufacturers in the world on quite normal roads, different to a race track. Of course we try to also in the future have an offer for car manufacturers to also showcase a powertrain that is in line with what car manufacturers wish to sell today or tomorrow. Therefore, we consequently are looking into opportunities to add something else to this story besides the combustion engine.

The championship has been following for a while a strategy to globalise the calendar.

The fact that the pure electro powertrain in rallying is not yet possible leads to the consequence that we go in the direction to introduce a hybrid system. The FIA and the teams are currently discussing the last details on the regulations and the technology that will be used from 2021 onwards, and I am confident that in the course of the next month there will be more news in that regard to be shared.

This year also sees the WRC relaunch its website. Why now, and what are some of the new features?

It had been quite a while that neither the app nor the website had been relaunched, so it was the right time for us to start the new decade with a fresh looking website, with a significantly improved functionality, with more services, easier to handle, faster to handle. In particular our WRC + All Live service is really going from strength to strength and is used by so many fans, so this also had to be refreshed, not only by its look and feel, but also by its functionality.

Over the last years we added so many services that it was just about time to link these services with a new technology and to make them work smoother and interact better together. So we took the opportunity with a new decade to introduce a new website with a new look and feel and with a new highlight colour.

Has the WRC’s increased focus on digital changed the demographic of your audience at all?

We see a slight development in the demographics towards a bit [of a] younger audience. The strong digital offers that we are working on might be a contributor, but at the same time also the events that we are choosing, in particular with the growing number of events and followers in South America. We will also potentially see that in 2020 in Africa, the average age might grow a bit younger.

Also, our service parks are becoming more of an offer for the whole family, with entertainment also for kids, and food, drinks, TV shows, video games, esports competitions, leads to the fact that more and more young people and families come to our service parks on the weekends, which changes the demographics not only with regards to age, but also the proportion between male and female.

There is obviously a significant focus on digital at the moment with the new website, WRC+ All Live and deals in certain territories with DAZN. Does linear broadcasting still have a big role to play for you?

Nothing changes in this regard. While on the one side the landscape itself changes, and user habits move towards digital offers away from linear broadcast offers, our experience in the last years is that the linear broadcast also continues to grow.

In 2019 we again achieved a global TV audience above 800 million, which is an amazing result. In parallel to this the digital consumption is growing very quickly. The online mentions of our car manufacturers last year increased by 40 per cent from one year to the other, the same counts for the impressions that we create on social media and for the video views, all of those figures grow year by year, while we manage to maintain this high level of TV audience.

So, that’s a bit against the trend, but it shows that at the moment, the programmes that we produce, the entertainment that the WRC creates, seems to work for all media platforms, and is accepted by the fans behind those channels.

What are your personal priorities for 2020, and which areas have you specifically identified for improvement?

First of all it will be crucial that we get the 2020 regulations for the car right - a good offer for the biggest car manufacturers in the world with an attractive powertrain embedded in a sport that is already working well could be a crucial step forward for our future. At the same time, a big strategic target that we are working on is to bring the WRC to the big markets like China and North America – this for sure is one of the big strategic targets that we have to pursue.