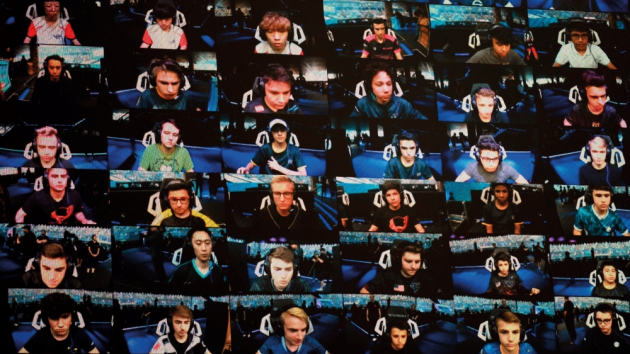 In September, the US Academy of Television Arts & Sciences gave its Emmy Award for best TV movie to Bandersnatch, an experimental entry in Charlie Brooker’s dystopian sci-fi series Black Mirror.

In doing so, it confirmed just how much the lines between traditionally one-way forms of entertainment and interactive content have blurred. It is a development with implications for all kinds of media whose traditional modes have been linear and universal – including sports broadcasting.

Previously, whatever the medium, audiences for live sport were passionate but passive. In the future, as trends elsewhere take an effect, an ever-bigger proportion will expect to control more and more of what they see.

Set in the mid-1980s heyday of homebrew British computer game coders, and self-consciously based on the nested create-your-own adventure novels that emerged at that time, Bandersnatch (pictured, right) is Netflix’s highest-profile piece of interactive television. At various points in the action, it offers the viewer a pair of on-screen choices that set the narrative on a different route as the lead character comes to ruminate in growing panic on just how much control he actually has over his real-life decisions.

Brooker has already said there will be no more interactive releases in the Black Mirror anthology, given the complexity of plotting and shooting multiple story strands and endings. Netflix, however, is more enthusiastic about the concept. Already, younger viewers can enjoy plot-your-own adventure stories featuring characters like Puss in Boots, Buddy Thunderstruck and Stretch Armstrong, while older users can test their survival skills in the wilderness with Bear Grylls: You Vs Wild.

“We’re doubling down on that,” said Todd Yellin, Netflix’s vice president of content, in a keynote address to the Indian media and entertainment conference FICCI-Frames in March. “So expect, over the next year or two, to see more interactive storytelling.”

That output, Yellin added, could encompass comedy and romance as well as science fiction and thrillers, and Netflix’s commitment to the form is instructive of how it thinks about its platform. Stories that yield multiple resolutions could keep fans watching longer and returning to the same shows more often, as well as generating richer sets of information about viewers’ preferences and personality types.

Gamification has filtered into ever more surprising areas of media and commerce in the digital era, and only partly because of the dramatic growth of the gaming industry itself. According to a report from Global Data earlier this year, the global video games market was worth US$130 billion in 2018 – with mobile gaming making up US$55 billion of that figure – and is on course to hit US$300 billion by 2025.

In many cases titles like Fortnite - with its 250 million worldwide users as of March - have come to act as a social ‘third place’ away from home and work or school, further reinforcing the links between media, community and play. Meanwhile, the preponderance of giant sandbox games like Grand Theft Auto has now given rise to a generation of games where almost every aspect of the universe is malleable.

According to IGN, world-building game Minecraft is the second most successful video game of all time after Tetris, with over 176 million sales worldwide and an additional 100 million free downloads in China between May 2009 and May 2019.

That carries an inherent cultural influence but there are other reasons why gamifying other activities has become such a powerful exercise. In the hyper-competitive mobile apps market, those programs that set challenges and track progress offer benefits to the consumer and the company supplying the product. Encouraging usage ‘streaks’ can be an effective learning or behavioural tool in fitness, mindfulness or language-learning apps; it also generates additional behavioural data for developers and gives marketers more chances to convert attention into sales.

The global video games market was worth US$130 billion in 2018, with mobile gaming making up US$55 billion of that figure

For over a decade, social networks have gamified human communication as posts garner likes and shares, and newer platforms are finding ways to more deeply connect that to individual expression while also incorporating sponsor IP and other media. Snapchat’s community can manipulate advertisers’ marks through photo filters and other augmented reality (AR) bolt-ons. TikTok, meanwhile, allows its adherents to pair their own video with an existing music library, with inventive, bizarre and addictive results. Users are encouraged to reply to posts with original work of their own, accelerating the internet-era loop of creativity and esoteric discourse to an extraordinary new rate.

It is worth noting that in sport, as in other media, many millions of fans and viewers will still prefer the old media experience. Delivering high-quality traditional broadcasts will remain incredibly valuable; brands will still need to find ways to add value in that context. Still, if these are the conditions that are defining consumers’ relationship with media, it is worth considering how the sports industry is responding.

Interactivity of a type has been featured in sports broadcasting for some time. In the UK, market leader Sky Sports launched interactive soccer broadcasts way back in 1999 as a way of showcasing the additional bandwidth of digital satellite. Viewer options included a choice of camera angles, including one which followed an individual player, as well as a partisan Fan Zone commentary stream and the choice to turn commentary off altogether.

The arrival of OTT services has enhanced the possibilities for viewer-led broadcasts. Staying in the UK, the Deltatre-supported BT Sport app bookmarks key moments in sports like soccer and rugby to allow fans to revisit them on demand, catching up with the latest goals or tries before returning to the live action. Products like Intel’s True View, which allows viewing from any angle within a supported venue, have the potential to broaden that editorial control.

The wealth of statistical data and analytics that modern sport produces offers further scope for personalisation. Already, the influence of gaming is apparent in the way broadcasters are presenting this information. At this year’s Cricket World Cup, the ICC and host broadcast partner Sunset+Vine aimed to explain the action by weaving in statistics, player-tracking and analysis like predictions from analytics partner CricViz in a way that intentionally recalled video game-style heads-up displays (HUDs).

New services promise to allow fans to dial up or down the extent to which those details inform their view of the game. The NBA’s Los Angeles Clippers, owned by Microsoft co-founder Steve Ballmer, have been working in recent months with Second Spectrum and its CourtVision product. Powered by the Amazon Web Services cloud computing platform, this combines analytics, machine learning and AR to offer a personalised viewing experience.

As well as choosing from a range of camera and audio options, fans can switch on analytics information that, for example, shows the real-time probability of a player scoring from their position on the court. In addition, it can create further graphical overlays that add some animated personality to highlights footage. Those clips can then be shared instantly on social media.

These types of product may take some time to gain traction in live sport, though greater connectivity through technologies like 5G will help, but the way in which they draw together the current interests of audiences are indicative of where things could be heading. The advance of VR and AR will only extend the viewer’s role in directing the action, and will spread interactivity in other ways.

The NBA has partnered with Facebook’s Oculus Venues arm to stream selected games for free on the NextVR platform for the past year – those broadcasts are available on other VR platforms through the NBA League Pass subscription – while Microsoft has been experimenting with bringing NFL coverage to life through its HoloLens AR mixed reality headset. The gesture-based interfaces that support VR and AR will change the way interactive elements are brought into video content – just as mobile devices, which encourage a tactile relationship with the user, have done.

Other interactive features that are trickling into sports coverage give fans more of a stake in the action. The growth of the global betting market will be further stimulated by the relaxation of American laws in 2018, with Zion Market Research estimating last year that the overall value of sports betting will reach US$155.49 billion by 2024. An ever-greater share of that is being wagered through in-play markets, particularly on mobile devices.

The OTT sector, some of which has a heritage in betting services through companies like Sportradar, provides a natural environment for in-play gambling to come into live broadcasts. Bookmaker Tabcorp's September deal with the NFL for the Australian rights to RedZone coverage of key moments - part of a broader wagering partnership with the league - is another indication of a role betting companies could conceivably play in the OTT space.

Global OTT service DAZN is already investigating ways to build real-time functionality for betting and in-game fantasy sports – currently being pioneered by the likes of Washington DC’s Fanamana – into live streams. Bookmaking regulations will naturally affect the adoption of those offers but the rise of Twitch-style shared viewing features like Eleven Sports’ ‘Watch Together’ would also allow for the introduction of prediction-based games without money changing hands.

The transition from passive to active viewing is changing the broadcast ecosystem in other respects. Advertising and sponsorship, straightforwardly presented on linear channels, can become more intrusive in an interactive environment. More to the point, audiences used to ad-free subscription platforms like Netflix, or those who use ad-blocker software online, are inclined to show less tolerance for clumsy messaging.

Google Stadia, due for release in November, will bring viewing and playing content closer together

Yet the creative implementation of advertising can lead to a different set of opportunities. In August, to commemorate the launch of its 99X Electric car for the sixth season of all-electric motorsport series Formula E, Porsche worked with Twitch on the production of a ‘live action video game’. Formula E Unlocked saw Twitch viewers direct works drivers Neel Jani and André Lotterer in real time around the Porsche motorsport base in search of the new vehicle, in a kind of crowdsourced version of the Bandersnatch experience.

The real value of such exercises may take some time to assess, though Porsche did report almost a million live views across the four-hour duration of the game. For Adam Harris, the director for custom solutions in Europe at Twitch, these activities are a window for brands into what inspires emerging audiences.

“[Brands should] make the most of the fact that they are leaning in and they are interacting and they do want to have a say within that contextual advertising environment,” said Harris at the SportsPro Fan Conference in September.

The gap between viewing content and playing it will shrink further with the November release of the ambitious, multi-platform Google Stadia project, which will be integrated with YouTube to allow users to watch live streams and then join in with games. For rights holders in sport, the boundaries that separate interactive coverage and give fans an influence over the action will be approached differently.

Still, some organisations are already testing those limits. Formula E has let viewers provide a social media-powered Fan Boost to the engines of their favourite drivers for several seasons. Now, in partnership with developer Virtually Live, it is releasing Formula E Live Ghost Racing, which will give players the chance to take on the real-world racers in real time on a virtual track.

As interactive and gamified content spreads, other interpretations of ‘playing sport’ may vary. But as rights holders introduce new formats tailored to the changing media tastes of fans, its meaning could be set to change forever.