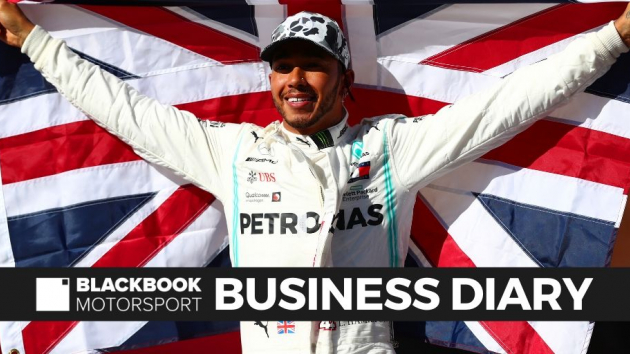 Lewis Hamilton had to work hard to win his sixth Formula One drivers’ title with a second-place finish at the United States Grand Prix.

At the Circuit of the Americas, the British driver led the race until late, surrendering first position to Mercedes teammate Valtteri Bottas in the final laps.

A poor qualifying left Hamilton starting from the third row in fifth and needing what he described as a "miracle" to win, but he nearly made it happen. He bolted off the starting grid into the opening blind left turn, staying clear of the dangerous traffic to allow Red Bull's Max Verstappen and Ferrari's Charles Leclerc plenty of room to avoid a collision.

The now six-time champion moved up to third on the first lap as he passed the Ferraris to leave Bottas as the only driver still mathematically in the hunt for the title. Bottas had to win and have Hamilton fade to his worst finish of the year in order to extend the championship to the Brazilian Grand Prix in two weeks.

Bottas started from pole and started well, with Hamilton only grabbing the lead when his teammate pitted for tires. Hamilton defended against a Bottas pass attempt with six laps remaining before finally surrendering the spot on the next lap.

A sixth crown sees Hamilton move past Argentina's Juan Manuel Fangio, the ‘Godfather of Formula One’, who dominated the drivers’ championship in the 1950s, and the Briton is now just one behind Michael Schumacher’s record seven titles.

Formula One and Hard Rock Stadium announced last month a preliminary agreement to hold a race at the home of the National Football League’s (NFL) Miami Dolphins and tennis’ Miami Open, but Miami-Dade County commissioners have now passed two significant resolutions that would act as a barrier to any race.

At a meeting of the board of county commissioners, the commissioners passed resolutions ensuring a public hearing before the event can be approved and another allowing local authorities to prohibit road closures for the event.

The Hard Rock Stadium proposal is largely planned to be held within the venue’s car park but still incorporates some public streets.

Speaking on a Formula One Group investors call, Carey said: “Miami, we are still engaged.

“There are clear hurdles to get over, we have to address; we had a vote yesterday that created new issues for us to try and address.

“I wasn’t in Miami, so I don’t have the details as what are the steps from here to there, but we do have hurdles to overcome now to put the race in Miami, but that is ongoing.”

Oliver Gilbert, mayor of the Miami Gardens area surrounding the Hard Rock Stadium, stated at the public meeting: “We forget that there’s a whole community of people who will be impacted by this.

Last week Formula One announced a partnership extension with ESPN that will see the US broadcaster continue its coverage of the sport until 2022 following a 19 per cent year on year viewership increase.

The audience for the Mexican Grand Prix was the third-largest of the season on ESPN networks, following the Canadian Grand Prix on ABC (1.1 million average viewers) and the Monaco Grand Prix on ESPN (908,000).

All but three of the 18 races this season have seen year-over-year viewership increases on ESPN networks.

According to Formula Money, American brands are spending an estimated US$118.5 million in sponsorship fees, an increase of 48.3 per cent since the debut of the US Grand Prix in 2012.

Hamilton has warned Liberty Media over its decision to push for a 25-race Formula One season.

Liberty successfully negotiated a new allowed maximum for its 2021 rules, announcing that amendment amongst a raft of changes last week.

Formula One is trying to ease the path towards 25 races by removing Thursday from the race weekend schedule from 2021.

Speaking at the Circuit of the Americas, Hamilton said: “I already find 21 hard.

“When I was young, I couldn’t get enough of the races. But when you work in a team and see for how long the people are separated from their families, they need a balance.”

Adding: “The season is already too long now.”

Carey has told investors that the global motorsport series would welcome additional teams in the future, but believes the priority must be on addressing the current competitive divide.

Three teams – Mercedes, Ferrari and Red Bull – have dominated Formula One in recent years, with Toro Rosso’s podium in Germany the sole top three finish by those outside of that three since April 2018.

The proposed 2021 rule changes have seen interest in joining the series grow, but Formula One’s chief executive stressed that racing parity must be addressed before new entrants are considered.

“Today we have ten teams,” said Carey during the recent investors call. “And historically we’ve had up to 12.

“I’m quite comfortable with ten. I think it’s a quality issue not quantity, obviously a certain quantity, but I think 10/11/12 - today we have a competition at the front among three teams and not ten teams.

It does seem very off brand of them to have a parking-lot race. We don’t worry from a ticket sales point of view. I don’t worry that that will become a fan favourite. It’s not going to be a spectacular track but I do worry the impact it would have long-term in this market. 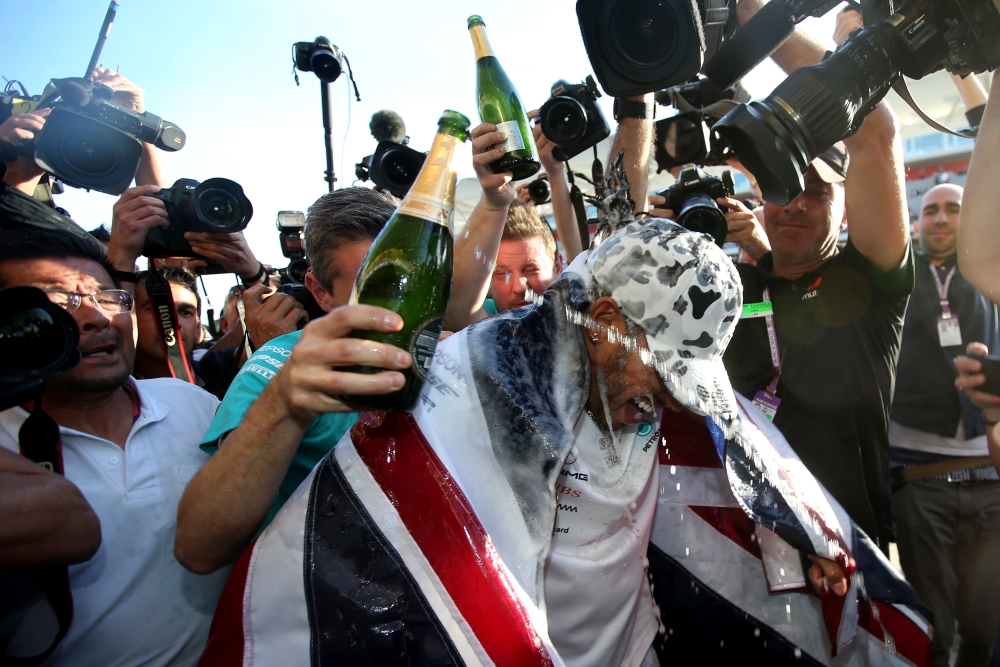