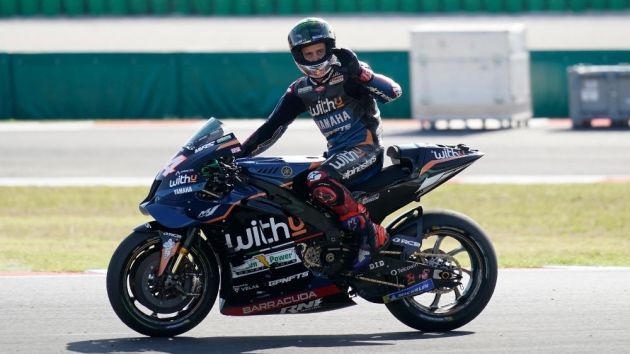 MotoGP’s RNF Racing are losing WithU as their title sponsor, leaving the team without a primary partner for the second time in two seasons.

Matteo Ballarin, president of WithU’s parent company Europe Energy, confirmed the decision to leave with Italian newspaper L’Arena, saying there would be “no more MotoGP”.

At the time of writing, neither RNF have not officially commented on the developments.

However, MotoGP managing director Carlos Ezpeleta told the BlackBook: “I'm not going to disclose any information, of course, but I think that team will continue. They have a very solid agreement with Aprilia [beginning in 2023].”

As an energy supplier, WithU has been facing issues caused by the Russian invasion of Ukraine. The company’s departure from RNF follows the exit of the team’s former title sponsor Petronas, the Malaysian oil and gas giant, at the end of last season.

At the time, RNF team boss Razlan Razali provoked controversy by singling out senior members of Petronas staff for criticism.

Currently, the team has a contract to compete in MotoGP until at least 2026, but another team sitting in a potentially precarious financial position is not good news for Dorna Sports.