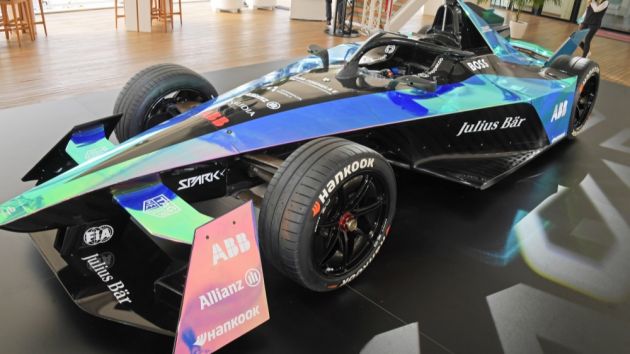 The Formula E and the International Automobile Federation (FIA) have agreed on updates to the sporting regulations for next season, which could dramatically alter the all-electric series racing product.

Having previously run its races to a time limit, Formula E will now have a set number of laps. To maintain consistency with the switch, any period spent under the safety car or full course yellows will see additional racing laps added as compensation.

Drivers will also be required to make a mandatory 30-second 'attack charge' stop during a pre-determined period in the race. This will unlock two enhanced attack mode periods for later in the race, where the power output from the new Gen3 cars will increase from 300kW to 350kW.

The new attack charge feature will be trialled at select races next season and, where this is not in place, the existing attack mode system of a temporary power boost will continue.

Plus, much like in Formula One, teams will now be required to complete two free practice sessions with a driver who has never previously competed in the championship, to give rookie drivers more experience in the series.

As revealed last month, Formula E is also discarding the highly divisive 'Fanboost' system, which allowed fans to vote for their favourite drivers to receive a power boost during the race.

“Our updated sporting regulations are evidence of the continued evolution and positive impact of the ABB FIA Formula E Championship for drivers, teams, partners and fans into the consumer EV world,”  said Jamie Reigle, chief executive of Formula E.

“The combination of sporting enhancements, a step change in car performance, cutting-edge battery technology and the innovation of 'attack charge' will make our racing more competitive and entertaining while showcasing the future for EV development. This is at the heart of what Formula E set out to achieve and we look forward to seeing the new generation come to life in season nine.”

Alberto Longo, co-founder and chief championship officer of Formula E, added: “We are creating the perfect conditions for the very best racing drivers and teams to succeed and win. Switching to laps allows teams a greater degree of race strategy planning.

“Introducing 'attack charge' at races later in the season will add a whole new dimension to race strategy for teams and interest for fans. We are also preparing for the future with the opportunity for new drivers in the championship to take a seat and show what they can do.”