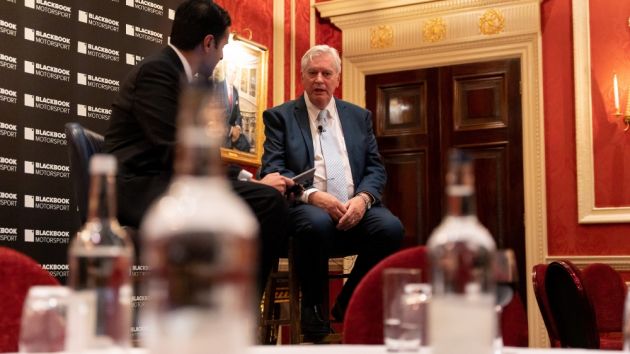 Formula One chief technical officer Pat Symonds has explained that Formula One is waiting until 2026 to introduce sustainable fuels to ensure they are achieved in the right way.

Speaking at BlackBook Motorsport's annual winter reception, Symonds outlined the difficulties of preparing for this shift in philosophy.

“A lot of people said 'why are you waiting until 2026?' The answer to that is, being the sort of engineer I am, I want to do it properly,” Symonds stated.

“There are a lot of so-called sustainable solutions to all sorts of things that, when you actually dig into them, they're not as sustainable as you might think.”

The plan is to introduce the drop-in fuel in time for the new engine regulations in 2026, and the fuel will be trialled in the Formula Two and Formula Three support series starting in 2024.

The reason Formula One is targeting a drop-in fuel is so that the initiative has a wider impact outside of motorsport. If you look at Formula One's emissions, the cars only make up a small fraction of the overall picture.

Symonds explained: “If you look at scope one and scope two emissions, we have a carbon footprint of just over a quarter of a million tonnes of CO2 equivalent – around 0.7 per cent of that comes from the cars.

“But it has a huge multiplier effect. There are two billion cars on the road that are burning gasoline or diesel. If we can make a drop-in fuel that is sustainable, that does [achieve] net zero CO2, then yes it's great for us as a sport, but it's something that can roll out and make a real difference.”

It will take time to see this solution in the real world, and Formula One is having to bide its time until 2026 due to the current technical limitations.

“There are not enough sustainable molecules around to build your fuel from. So, we have to wait for the plants to build the molecules to blend these fuels. So, when we do it, it will be done properly.”

Symonds also confirmed that Formula One is working with its freight partners to reduce emissions, but that putting everyone on aircraft that runs on sustainable aviation fuel (SAF) is just not possible. The Mercedes Formula One team became the first global sports team to invest in SAF, something that should achieve a 50 per cent reduction in their personnel air travel footprint.

Regionalisation of the calendar also remains on the agenda for the future but, while there are fair criticisms for the introduction of Las Vegas in November, especially as a back-to-back race with Abu Dhabi, the series is having to navigate existing race contracts before it can make any meaningful change.

In addition, Symonds revealed that the sustainable fuel set to be used in 2026 will not achieve its sustainability through offsetting.

“The fuel we're putting in the cars, we're not offsetting at all. That is sustainable, it has to be certified as being made with sustainable power [and] all the molecules in it are made from a sustainable resource.

“Offsetting has a very bad reputation, and it's not surprising as it has not been terribly honest. So, we want to show we're doing it in the correct way.

“We particularly want to do it in territories where we're racing, so we leave a positive footprint. It's not easy, but we've got to be ambitious.”