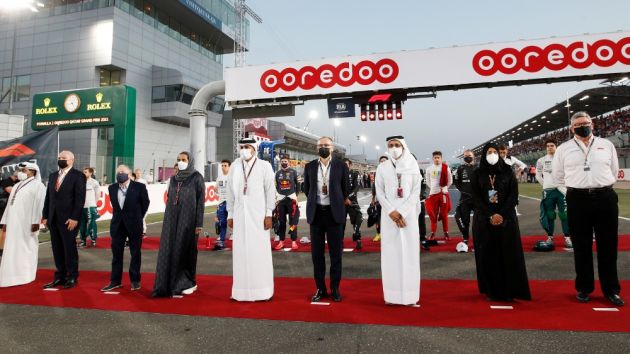 Formula One chief executive Stefano Domenicali has defended the series' decision to race in Qatar in the lead up to soccer's Fifa World Cup starting this week.

The Qatar Grand Prix returns to the Formula One calendar after an early debut in 2021 due to the cancellation of the Australian Grand Prix. It will host the first race of its ten-year deal at the Losail International Circuit from 6th to 8th October 2023.

Speaking to French news agency AFP, the Italian claimed that Formula One is an “accelerator for change”, adding that there is no correlation with the criticism that Fifa is currently facing ahead of Qatar's first World Cup.

The Gulf state has been heavily criticised since landing hosting duties for the soccer showpiece event, with its human rights record among issues under the spotlight.

“We say the same thing every time,” said Domenicali. “We are a very open system. There are countries that want to change things, and we think that being there is a spotlight for things to change.

“We are working with the United Nations. There is no problem, we have nothing to hide. It is not my role to discuss politics but these countries want to change cultures which are thousands of years old.

“Do you think it's possible from one day to the next? F1 is an accelerator for change. If we weren't there, we would talk less about these countries, it would be more negative.”

Domenicali also pointed out that “the [Losail] track has been there for ten years”, in an apparent defence of Qatari interest in motorsport.

The 57-year-old also moved to defend Formula One's environmental impact, with a record-breaking 24 races set to be staged next season.

“We are a global championship so to go anywhere in the world we have a carbon footprint,” he claimed. “But we think that with sustainable fuel, this will be solved. We have objectives and we think we may reach them ahead of time.”

In terms of next steps for sustainability, Domenicali ruled out the prospect of the series ever pursuing 100 per cent electrification.

“As part of our transport network, there are boats, planes, and they will never use total electrification,” he continued.

“So we're going to use sustainable fuel to have a greater effect. With all the promoters, we have a programme of using renewable energy. On the track, we have the best-performing hybrid engines, the most efficient in the world.”

The Italian also refused to rule out the chance of the calendar expanding even more.

“With 24 [races] we are approaching the limit but you can never say that it is over,” he continued.

“F1 had periods with 17 Grands Prix that were really difficult to find. Today we are there because our success is incredible but if we have to find a balance, I think 24 is good.

“There are many other countries that would like to host a Grand Prix. Tomorrow morning, we could sign with seven or eight more countries. But we can't do that.”