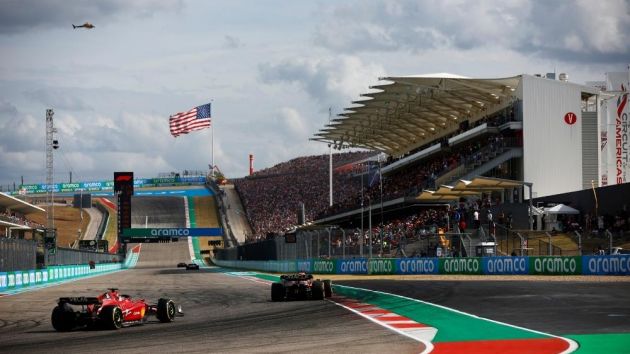 Formula One's recent 2022 US Grand Prix saw an average of 1.3 million viewers tune in on Disney-owned ABC, the network has confirmed.

That ratings figure represents the third-largest viewership on record for the US Grand Prix, with the TV audience peaking at 1.6 million.

Formula One is averaging 1.2 million viewers for 2022 so far, which represents a 29 per cent increase on last season.

That 2022 season average was previously hovering around a 35 per cent increase compared to 2021, with the early conclusion of the drivers' championship being cited for the slight drop in interest.

That said, Formula One interest remains generally high in the US. Attendance at the Circuit of the Americas (COTA) for the 2022 race was a record 440,000, the highest ever for US Grand Prix.

Earlier in the season, the inaugural Miami Grand Prix achieved a record US audience, as 2.6 million tuned in to watch eventual champion Max Verstappen triumph against the Ferrari of Charles Leclerc.