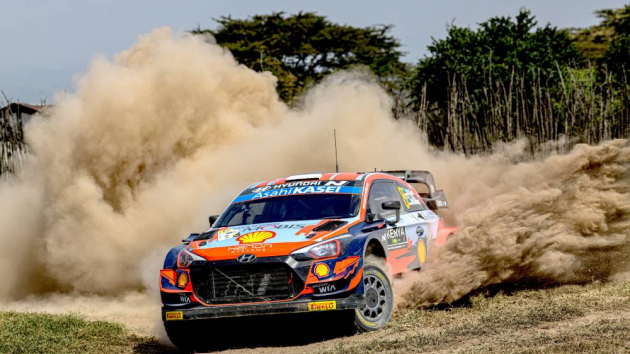 2022 is a big year for the World Rally Championship (WRC). The series is set to introduce new sustainability-driven practices and regulations to assist the development of new technologies to be implemented in the automotive industry and help drive change.

Among these is the introduction of WRC’s new hybrid car, known as Rally1, to which manufacturers Hyundai, M-Sport Ford and Toyota have fully committed. This three-year commitment includes a contribution to the costs of developing hybrid technology, with a focus on sustainability, safety and cost management.

What’s more, WRC is working with P1 Racing Fuels, as the series’ new exclusive provider of sustainable fuel from 2022, to utilise a combination of biofuels and e-fuels. It is all part of its plan to align with the International Automobile Federation’s (FIA) goal of reaching net zero carbon within the next decade.

All three current #WRC manufacturers have embraced the sport’s exciting new hybrid era by committing to register and participate in the @fia World Rally Championship from 2022 to 2024.@HMSGOfficial | @MSportLtd | @TGR_WRC

“We are fully in line with the targets set by the FIA to be zero carbon by 2030,” explains Peter Thul, WRC Promoter’s senior director of sport.

“We see WRC as a field of innovation and therefore to develop the sustainable technologies is an attitude we have, not because we have to do it, [but because] we want to do it. We want to be a part of the solution and not be a problem.

“For that reason, we are making a major switch in the WRC category, which is now called Rally1. We will be using plug-in hybrids plus sustainable fuel as well as an overall sustainable approach. Everything you’re seeing we are doing in order to reduce our footprint as much as possible.”

In recent years, the motorsport industry as a whole has set out to become more sustainable and leave a positive impact on the planet and the automotive sector. WRC, as one of the most popular series globally, feels it has a responsibility to be at the forefront of that transformation.

“It’s a part of the challenge we are all facing on this planet,” says Thul. “We think that motorsport can play a key role in developing sustainable technology. We have turned to the plug-in hybrid concept because we believe the plug-in hybrid provides a huge benefit to wider society.”

Travelling to locations as diverse as Finland, Greece, Monte-Carlo and Kenya, WRC races on a wide variety of surfaces, such as dust, tarmac, ice, snow and gravel. This means the series is able to trial new technologies in a way that other series cannot. 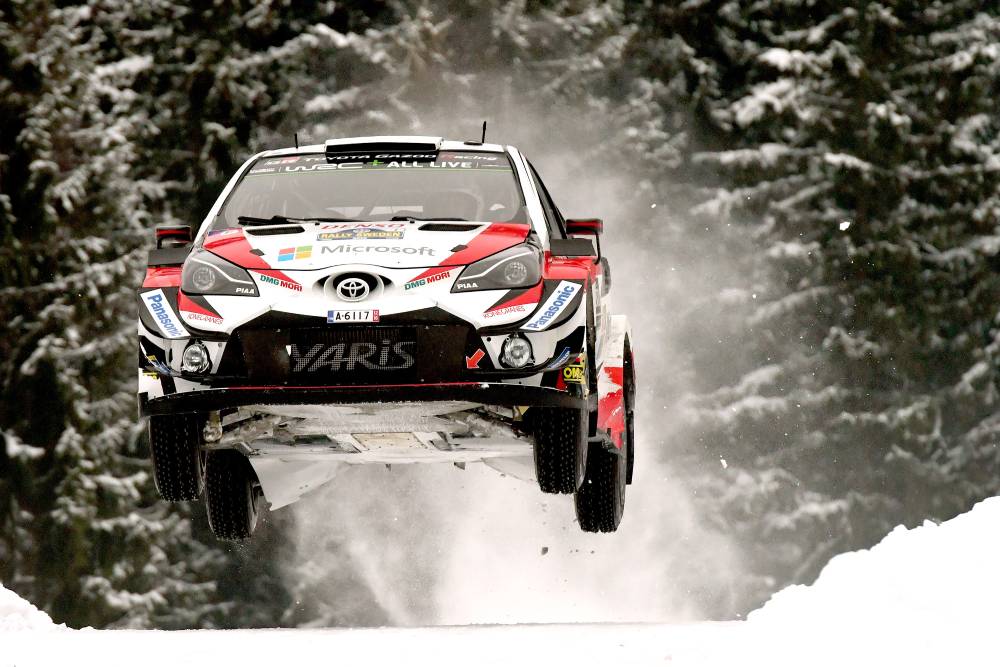 “It gives also back to the car manufacturers because we are testing under the most extreme conditions; ice, snow, gravel, tarmac, whatever you can imagine,” adds Thul.

“We want to drive things forward, not follow. That’s not the attitude of motorsport - motorsport should always be in the pioneering role.”

In partnership with P1 Racing Fuels, WRC is set to use not just biofuels created from biowaste from 2022 onwards, but
also fuels created synthetically using carbon capture technology.

“We think that the development of sustainable fuels alongside P1 Racing Fuels is very important,” says Thul.

“We have chosen the concept of sustainable fuels which has two pillars. The first is biofuel, second generation renewable which is made from biomass and feedstock. The second pillar is synthetic renewable. It’s produced in combination with carbon capture - that means CO2 from the air as well as water electrolysis.

“Within this field of sustainable fuel, there are a lot of different possibilities and it’s also possible to run with fewer issues. There is not only one solution to be sustainable; it’s a mixture. This is the best combination whilst being sustainable.” 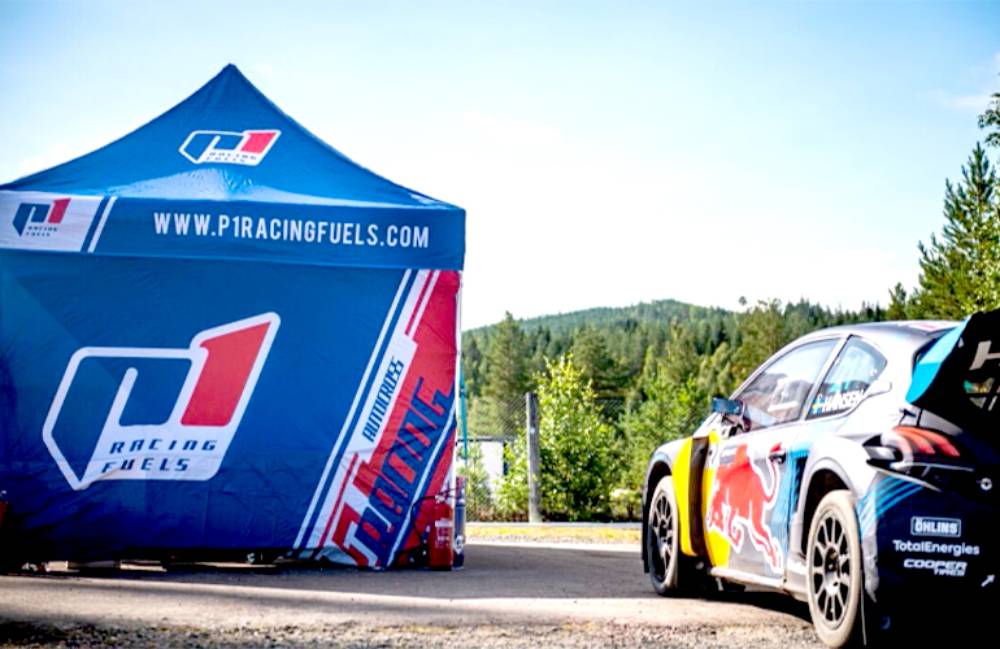 Alongside P1 Racing Fuels, WRC has developed sustainable fuels to go alongside its hybrid system

In addition, WRC has implemented sustainable practices into other areas of the business, reducing energy consumption and its overall carbon footprint in order to achieve these goals. As an example, the series is working to eliminate the use of diesel  generators within its catering operations.

“We’re also looking about the service part of WRC,” says Thul. “Everything has to be adapted. With this approach, we want to open doors for all the manufacturers. That means also the small things [that] will help reduce our footprint overall.”

WRC is also aiming to demonstrate the benefits of hybrid charging technology. During its events, the series will bring attention to its charging points, helping to educate its fanbase.

“We would like to show the audience that we are charging our cars regularly,” says Thul.

“When they are charged, they have more power, more fun, more competition, also more efficiency. This can really help the everyday driver to be educated in a positive way and they see that they have beneficial energy technology.

“This will make a contribution to promoting sustainability.”

I think if everybody has the attitude to improve their sustainability, then motorsport will be not under question. Because we should never forget, we have to deliver our contribution to society as Formula One does.

Still, the switch to more sustainable practices does not come without its challenges. Besides the cost of testing and introducing new technology, drivers will be forced to adapt and learn to get the best out of the new cars. Additionally, the cars will be more challenging to drive, increasing the entertainment factor for fans and showing that hybrid engines can be just as exciting as internal combustion ones.

“It is a challenge, for sure, that we are radically changing a very popular category of rally cars,” notes Thul.

“We know that some people have the preference of petrol cars and the notion that hybrid cars are not so powerful and will be carrying the extra weight of the battery. But these cars passed the tests, they are powerful and exciting.

“They will be a little bit more difficult and challenging to drive because we reduced the aerodynamics a little bit to make it more challenging. I think we will have a challenging next year. I cannot wait to see the cars and what the conditions are in Monte Carlo, which is, by the way, one of the toughest rallies to start with due to the weather conditions and surface conditions. 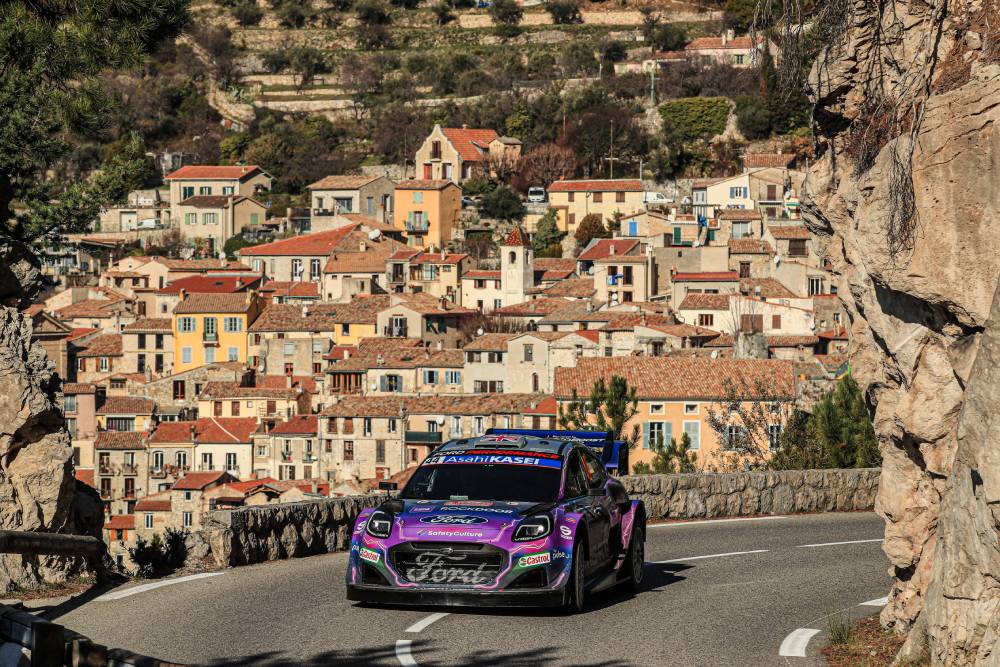 WRC has already had a successful season start in Monte Carlo

“So, if this works there, I think it will work everywhere.”

Looking to the future, WRC is seeking to cut down on its carbon footprint even more as it prepares to introduce these new technologies at the beginning of 2022. Thul notes the importance of motorsport doing its part to contribute to the sustainability of the wider motorsport industry in order to ensure its longevity.

“We are now hiring a person who is our sustainable manager,” he says. “I think if everybody has the attitude to improve their sustainability, then motorsport will be not under question. Because we should never forget, we have to deliver our contribution to society as Formula One does.

“Formula One has been using hybrid technology for a long time. And at the beginning, there was some criticism, but now nobody would put it in doubt. It’s smart technology.”

For now, WRC has outlined a commitment to utilise hybrid technology for the next three years. What lies beyond is yet to be seen.

“We will always stay open-minded, we will not say, ‘we won’t do this, we won’t do that’,” says Thul. “We should take on every challenge which is offered by society and by the regulations. If we have a chance to develop this into wider motorsport and the automotive industry, then we can play a significant role in society.”