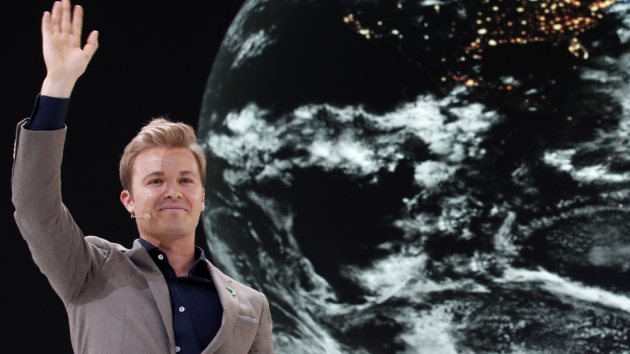 For this edition, we put a series of questions on sustainability to eight members of the BlackBook Advisory Board, drawing from their experience as motorsport rights holders, teams, OEMs and brands.

Without appearing gimmicky, how can motorsport act as a leader on sustainability?

Yath Gangakumaran: Motorsport, particularly Formula One, has been at the forefront of technological innovation driving efficiency and progress. This is exactly what is needed to support the sustainability movement. Specifically with Formula One, our role is to be a platform to showcase that an incredibly efficient hybrid ICE combined with advanced sustainable fuels is possible technically, can deliver ultimate performance and be better for the environment. This can hopefully have positive repercussions for the auto industry.

Rafael Galiana: Top level Formula One, WEC and WRC motorsport is already sustainable, all these teams consume nothing superfluous, all teams are meticulous and as calculating and efficient as possible.

Oliver Ciesla: Motorsport can and should take a lead role in innovation. For decades, motorsport has been an innovator in safety and performance – now it needs to turn its attention to sustainability and efficiency. And this is not difficult – because motorsport engineers hate waste.

For example, several motorsport series have embraced the opportunity of energy recovery from different sources and demonstrated to the general audience what the benefits are.  And most technologies that motorsport uses to go faster, can be applied in general automotive to go further. Smart regulations are key to drive the development in the right direction.

Michael Carcamo: Realistically motorsport can act as a catalyst for change by raising the awareness on sustainability issues. It is easy to argue stopping motorsport is the most sustainable option but the same could be said for any non-necessary activity. Meanwhile, motorsport can highlight real solutions which taken at larger scale can have a bigger impact.

Florian Daetz: Motorsport series, the teams and companies like Shell have proven again and again that they are leaders in road relevant technology development, and we can see it currently on the topic of sustainability. Formula One has the most energy efficient engines in the world and in Formula E we can see an incredible push to develop efficiency in battery management systems, drivetrain technology and battery technology which will eventually find their way into standard road cars.

Richard Millener: Personally, coming from a WRC background, it is important that sustainability should not just be seen as being related to the cars. Making these the centre of the sustainability message takes a long time to achieve and the results can be minimal in comparison to the bigger picture.

An example of this is instead of trying to cut the emissions produced from our cars, why don’t we work hard on delivering the message about cleaning up litter on the stages after you have been to watch? Rally can attract hundreds of thousands of people over the course of the weekend – if all the cars ran a message on them saying ‘Pick Up Your Litter’ and it was advertised across the event then we would significantly reduce the amount of litter left behind that organisers currently have to deal with – imagine what a positive environmental message that could send.

Georg Fuchs: The wealth and prosperity of first world countries we live in is based on business and industrial advantages. This comes in line with mobility. The need for mobility increased in the same way as globalisation increased. This hasn’t changed and, in my opinion, will not change. The only difference to the past is that people are more sensitive the way of being mobile – more sustainable. Technology needs to adapt to be in line with this changed perception. In my opinion, there will not be one single technology, like battery-powered electric vehicles, but a huge variety and combination of technologies even within a vehicle and according to the need and purpose of use.

So, motorsport can become again a platform for technological testing. Some motorsport assets will, some others will not. Only those who are able to remain as a factory motorsport could achieve this status. They may specialise in energy storage, transmission, efficiency or other core requirements in line with industry objectives. The other motorsport assets will still exist and might focus more on being a very good entertainment platform, either for their customer racers or for the spectator and audience just enjoying a good time.

Electric series appear to have a clear advantage in green positioning, will they emerge as leading series over the next few years?

James Geidel: At the moment there is a big hype around electrical vehicles. However, the problem we face in the karting market is the cost of these products and the low battery life. I’m sure there are many other forms to create a more sustainable series away from electric, so we will just have to wait and see.

YG: With 500 million fans worldwide [Formula One] has a huge opportunity to showcase sustainability in motorsports and as we execute our ambitious sustainability plan, which includes having the most energy efficient engines on the planet in our F1 cars, we can demonstrate the massive role hybrids can play in the decarbonisation of automotive.

OC: It would appear that the opinions on battery technology among industry leaders and politicians are still mixed.  As we stand, electric cars will have many applications, but wouldn’t cover all applications of transport for the next few decades in all parts of the world. So, alongside electric series, there is likely to be room for other technologies – and for other motorsport series as well. However, for any ‘leading series’ it is not only of relevance to be well positioned towards industry partners, rather the entertainment factor for fans and media is important.

FD: We can see electric cars becoming leaders on the road car side, however, the expectation is that long term there will be many different power sources, synthetic fuels, green battery electric energy or hydrogen, for example. The same can be the case in motorsport where different series with different technologies can compete alongside each other.

GF: In my opinion, I don’t think so. True, at the moment it is 'fashionable' being electric as it seems to be obvious and easy to understand. Common public opinion is electric equals green. In reality, most of the time this is not correct if you look at the entire product lifecycle as well as the full energy lifecycle.

More and different carbon neutral technologies are becoming available for the public or at least realistic for mass production. For example, in Germany an eFuel debate has started recently that will help people understand that technically, it is already possible to filter carbon dioxide out of air, mix it with hydrogen and produce diesel or fuel. This is literally carbon neutral as it re-uses existing carbon dioxide within the engine technology. The issue currently is the cost of production on a large scale and high consumption of electricity during that process. But even Greenpeace see a big future of eFuels in heavy long-haul transportation, aeronautic and shipping.

Oil companies are a big source of carbon emissions, what responsibility should they take on to apply change?

FD: The energy demand will increase dramatically over the next decades and Shell sees itself playing a big role in providing more and cleaner energy to the world. It is Shell’s clear target to reduce its carbon dioxide intensity of overall energy mix by 20 per cent by 2030 and 50 per cent by 2050. This does not only include our own operations but also the consumption of our products. This clearly shows that Shell is committed to the Paris agreement and takes clear responsibility to action upon it.

RG: The oil companies are only responding to global demand, it is not them to blame but consumers.

JG: If I'm not mistaken, a lot of oil companies are investing heavily in renewable power and investigating cleaner fuels. I don’t see much a point to blame a certain industry as the large majority of people for a long time have been happy to drive their cars and heat their homes with fossil fuels. Looking into the future, we all have to be more aware of our actions, how it effects the plant, and as a collective we have to cut our carbon emissions.

MC: Singling out oil companies is not really correct, as they are producing a product which is demanded by consumers. We should recognise that companies like Shell sponsoring Formula E and the many new energy projects [that] are clearly leading the charge for change.

OC: It goes without saying that each company will have to make its contribution to sustainability to meet public opinion, to comply with legislation, and to meet the expectations of their shareholders. Many of them are already investing in technologies and products that turn their companies into sustainable entities.

What I would encourage energy companies to do is to use motorsport as an authentic platform to innovate, validate and demonstrate the new energy sources that they are working on.

YG: Brands are often leading players in their industries and can provide leadership in solution-finding. We are working with our partners at Formula One on sustainability solutions – for example, DHL and Logistics, and Heineken and plastic cups.

OC: Brands need to challenge motorsport, but also support motorsport, to bring forward the concepts that improve transportation and mobility for the future.

GF: A huge role. It is a matter of marketing and communication, that is the only talent you need to have. A strong, credible and sustainable brand can help a lot at first. In the mid to long run, an asset needs to be credible as the glamour of the brand alone may dilute over time.

MC: First, all brands can look how they do business and the products they make and find ways to build a more sustainable world. In the case of automotive, we are tackling the final product, the car, but once this challenge is met we will need to move upstream.

JG: Motorsport is a great platform for brands to get involved and support the development of cleaner transportations. For many brands whose business is around sustainability, it’s a great way to promote their products and services.