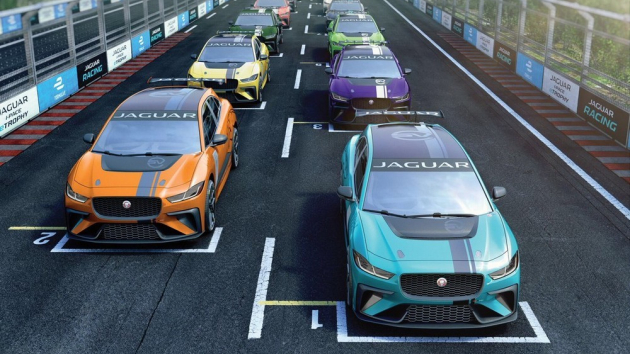 As the automotive industry continues to shift towards electrification, Formula E finds itself becoming increasingly relevant. Since its inaugural season in 2014/15, the all-electric street racing series has matured into a competitive sporting environment to complement its existence as a space for manufacturer-led teams to showcase their latest technology.

While the championship may still be in its relative infancy, there are already a number of renowned brands that have pinpointed the championship as motorsport’s future flag-bearer. Audi announced in July that it will take to the grid in 2017/18 and will be followed by another trio of German car giants: BMW confirmed its entry for the 2018/19 season, with Porsche and reigning Formula One world champions Mercedes set to follow suit in 2019/20.

And it isn’t only on the grid where Formula E is plotting its expansion. The championship started with 11 races across ten host cities, but the 2017/18 season - due to begin in December - will feature 14 races, with debuts for the Chilean capital of Santiago, São Paulo in Brazil and the Italian capital of Rome, and the addition of a Zurich ePrix due to take motorsport back to Switzerland for the first time in 60 years.

Until recently, one thing that Formula E couldn’t hold up against rival combustion engine championships was a dedicated support category. That changed, however, when British manufacturer Jaguar announced in September that it will launch the Jaguar I-Pace eTrophy, the world’s first production-based all-electric support series of races that will accompany the Formula E championship from the beginning of the 2018/19 campaign.

The competition will run alongside the championship’s fifth season and will feature cars based on Jaguar’s I-Pace performance SUV. Details of the technical specification, calendar and price are yet to be released, but Jaguar confirmed that it will take place on Formula E circuits at race weekends. The competition will be capped at 20 drivers, including a VIP entry at each event, while the format will comprise a practice and qualifying session followed by a 30-minute race.

As the pieces of the Formula E puzzle continue to fall into place, Black Book caught up with James Barclay, Jaguar Panasonic Racing’s team director, to talk through the thought process behind the I-Pace eTrophy, to learn more about the manufacturer’s plans for the series, and to discuss what lies ahead for motorsport.

Black Book: What was the process that led to the launch of the Jaguar I-Pace eTrophy? What are your hopes for the series in its first campaign?

James Barclay: When we entered Formula E with our own team, one thing that became quite apparent is that, because it’s such a new technology, it’s not like traditional racing that has a full support package in place. Having now been involved in our first season, one of the things that we really felt was that there was an incredible opportunity in the schedule to introduce a support category which adds and enriches the offering that Formula E has.

From our point of view, we felt there was an opening to bring a bit more racing action to the fans both at the event and watching around the world. That could easily be achieved just by adding a normal combustion engine championship, but that wouldn’t be in the spirit of what Formula E is about. The reality of Formula E is that it’s breaking new ground, and we wanted to stick to the clear objective that it should only be electrification activity during a Formula E weekend, so we put in place a production-based support championship.

We think the Jaguar I-Pace eTrophy is the perfect complement to FIA Formula E as the first ever production-based racing championship. Most importantly, from a scheduling point of view, it means as a fan at the race on the day there’s even more racing to watch and we felt it was a great opportunity to make that a reality.

Can the series offer even more of a boost to electric vehicles than Formula E - both on the racing side and commercially - because it will use production cars?

I think it’s a complement, really, in the sense that Formula E is a category that’s really about absolutely pushing the boundaries of technology. The rule that we have is really about pioneering state of the art technology, and that’s where Formula E has real relevance.

With the I-Pace eTrophy, the great thing is that we are showcasing the future-facing technology which consumers can buy here and now, and we’re demonstrating how capable it is. The fact that we’re using a production-based car that people can drive on the road just shows how great the performance of that vehicle is.

Of course, there are also some real direct learnings that we can take because we’re using the hardware that’s in the production car, which enables us to determine how we get even more out of what we have with the vehicle and how we can make it an even better driver’s car for consumers as well.

Jaguar Land Rover as a wider group has a commitment to environmental causes. How much do you see yourselves as leaders in your sector, and how will the new series contribute to your work in that area?

We take our responsibility to be a responsible business very seriously. The overall move towards electrification is obviously part of that as we look to reduce our emissions. What is good about Formula E is that it supports our ongoing commitment and you can see that through what we do physically, through development that we have and through the increasing infrastructure that we’re having, but also in the products we produce. So I think Formula E absolutely supports the overall direction and responsibility we have as a business and is a good contributor in terms of our approach as a whole.

Is the value in Formula E and electric racing still more as a platform for promoting the technology, or do you think it is set to flourish as a sporting contest as well?

I think if you watch a Formula E race, there is no doubt as to how aggressive the sporting competition is and anyone who has watched a race or two and seen the effort going into it from a team perspective doesn’t question that. The great thing about Formula E is that we have a racing category that is absolutely aligned to the automotive industry, and I think you only have to look at the last few months to see that.

For example, we made our announcement that by 2020 all Jaguar Land Rover vehicles will be available in some form of electrification, and a number of our competitors have made not too dissimilar announcements in the last few months. The reality is that the automotive industry is moving towards electrification and Formula E is a fantastic platform to promote the benefits of this technology.

So I think if you look at world motorsports and what is really relevant to road car technology, the clear standout is Formula E, particularly when it comes to electrification. Then I think an altogether different value of the championship is that it’s a very competitive sporting competition. If you look at the drivers alone, it’s one of few championships in the world where every single driver on the grid is fully professional and being paid by the manufactural team to be there. So as a sporting contest, Formula E is absolutely pure in the sense that teams are choosing their drivers based completely on merit, so I think the championship stands up on its own two feet in that context as well.

This is only going to get stronger; we’ve got some great brands coming into the championship to join us and we’re all here to be successful, so what stands in the future is a tantalising prospect for race fans in the sense that success in this championship will mean that you’ve done everything better than everyone else and you’ve overcome some incredible competition.

Formula E has added new locations to next year’s calendar and a host of manufacturers have announced that they will join the championship over the next few years. Do you think this highlights Formula E’s appeal and how much the series is growing?

Absolutely. The proof point of Formula E’s success as a championship is looking at the brands that are involved now. It’s very rare that you have this level of manufacturing in a championship and I think that is testament to the fact that the product is right and the technology that we’re focused on is clearly representing the future.  The format of going racing in city centres is also something which is massively appealing for the brands that are involved and it brings racing to new audiences.

Overall, I think it’s down to the fact that the product is right, and now there is this incredible proposition of all of these brands competing against each other in a single formula, so it’s incredibly exciting what lies ahead.

Additionally, from a cost-effective point of view, it’s also well controlled. If you ask most manufacturers entering the championship and the teams that are there, one of the benefits of Formula E is that the organisers are clever and recognise this is something really important that we hold for the future, roadmap around what’s open and what’s closed from a technology standpoint, and that good governance in terms of technology roadmap to control costs is something that virtually every manufacturer involved really feels passionate about supporting with this championship.

How long do you believe traditional, fossil fuel-based racing has left? Will it take Formula One becoming electric to provide a tipping point?

I think what is important is that we’re at a point in time when the industry is moving towards electrification but the reality is that we’re in a transitional phase as well, so it’s not going to happen overnight. As far as we’re concerned there’s definitely a coexistence that will continue for a foreseeable time. Yes, both championships have different approaches and I think can coexist.

I think as we move towards a higher volume of electrification we will eventually arrive at a crossroads. When that might be isn’t fully clear yet, but the reality is that the car industry and the majority of cars that we and our competitors will sell will be fully electric in the not too distant future. For now, though, we absolutely believe that both championships have a slightly different offering and can coexist.

What happens in the future, I think that time will tell.