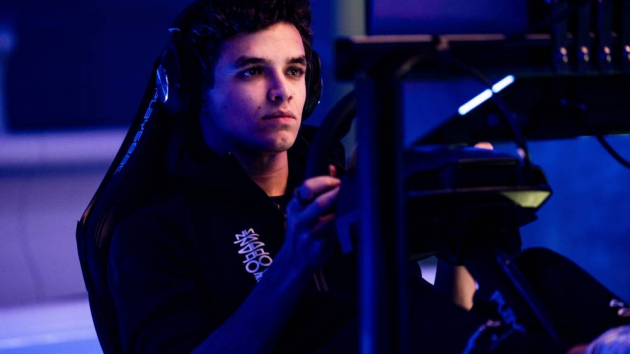 There was an undeniable shift at McLaren Racing when chief executive and major stakeholder Ron Dennis left the team in 2017, followed by former racing driver and United Autosports co-founder Zak Brown taking over as his replacement.

It was around the same time that the rise of esports was catching the eye of Formula One, which launched its first official esports series the same year, wanting to promote its annual video game. The combination of Brown’s arrival at McLaren and the global motorsport series’ general shift towards esports opened up a perfect opportunity for the team to forge a path in the competitive gaming field.

“It was a real demonstration of Zak wanting to do things a little bit differently and seeing the opportunity that esports plays in terms of how it can grow new audiences and grow fandom,” says Lindsey Eckhouse, McLaren’s director of licensing, ecommerce and esports, speaking to the BlackBook.

The introduction of Formula One’s esports Pro Draft and Pro Series in 2018 allowed McLaren to build credibility in the space by having conversations within the esports community. Drivers would be selected by Formula One teams choosing to compete in the esports championship during the Pro Draft before competing to score points for the team in the Pro Series. From there, McLaren were able to curate their own esports programme, known as McLaren Shadow.

Formula One has run a dedicated esports championship since 2018

“[The esports series] allowed McLaren to really talk to all of the people out there that were engaged in sim racing esports, which within the broader esports ecosystem is small,” says Eckhouse.

“But it's an incredibly passionate and engaged community. And so, we've been able to build real credibility through McLaren Shadow in that community. And that's really special.”

It is no secret that McLaren boast one of the most popular entries in Formula One and a lengthy history with the series. Founded by Bruce McLaren in 1963, the team has seen huge success in the series and beyond, gaining a large number of passionate fans in the process. Many are long-term supporters who have remained connected with the team for their entire lives, but a renewed focus on fan engagement and the addition of charismatic drivers such as Lando Norris and Daniel Ricciardo has attracted younger fans. 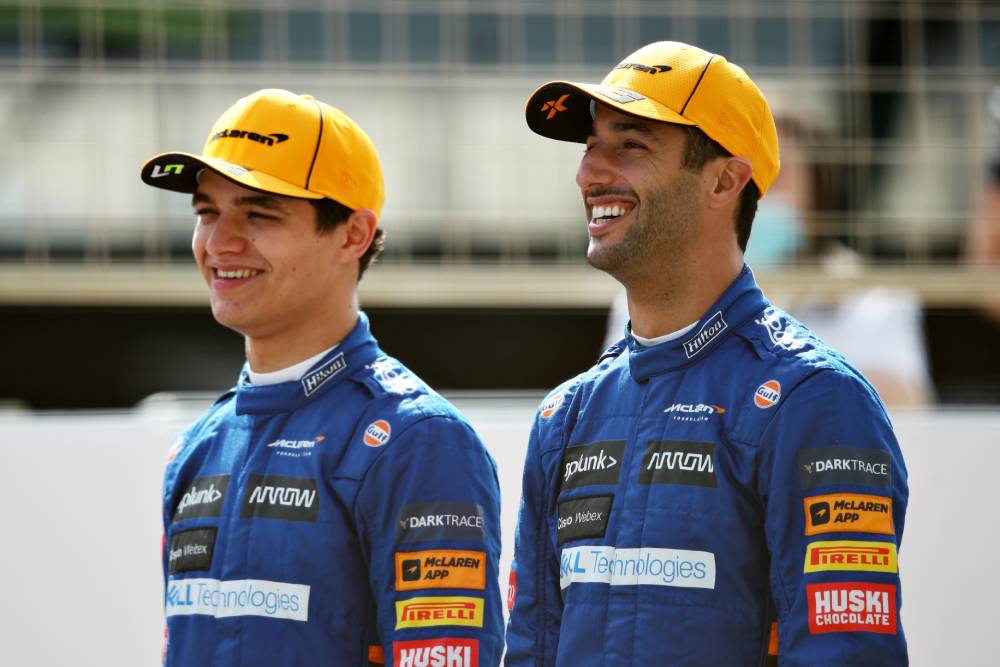 Looking ahead, the team is working on making sure both those demographics are connected through esports and other initiatives.

“A lot of areas I oversee are next generation, how we innovate and how we engage fans,” adds Eckhouse. “It's just another demonstration of how McLaren are looking forward with their business, but also grounding it in that sort of heritage and knowing where we came from.”

The next evolution of McLaren Shadow recently saw the team unveil a new esports hub, the McLaren Shadow Studio, which is positioned at the British outfit’s Woking factory. While it will serve as a facility for the Shadow team to train, McLaren are also eager to utilise the space to create all kinds of gaming and esports content for fans, something that Formula One is yet to explore. It marks a first for the series, as although teams such as Red Bull Racing have installed dedicated esports training facilities at their factories, none have built a content creation hub - until now.

It's time for the next stage of McLaren Shadow.

“I think other teams have looked at more esports-focused training facilities, ours is very much a content hub,” Eckhouse points out.

“It is meant to be a place where our pro gamers or pro esports athletes can come train. But equally, Lando can stream from there, a variety of streamers and gamers can come in and have a go on a rig, or play a PC or console game.

“It’s meant to be a studio that is a content generator, and all of that content, whether it's pre-recorded or live streamed, we will build into a regular cadence of programming that goes out to our audience and to the broader gaming audience to really start to engage them in a very regular way.”

A lot of the strategy appears to be built around Norris, who himself is an avid gamer. As Covid-19 struck off half of the 2020 Formula One season, Norris, alongside some other drivers, took to streaming platform Twitch to entertain fans in the absence of live racing. Despite connecting with that younger fanbase by playing motorsport-oriented video games, Norris also streamed himself playing Call of Duty, PlayerUnknown's Battlegrounds and even a digital version of popular card game Uno. 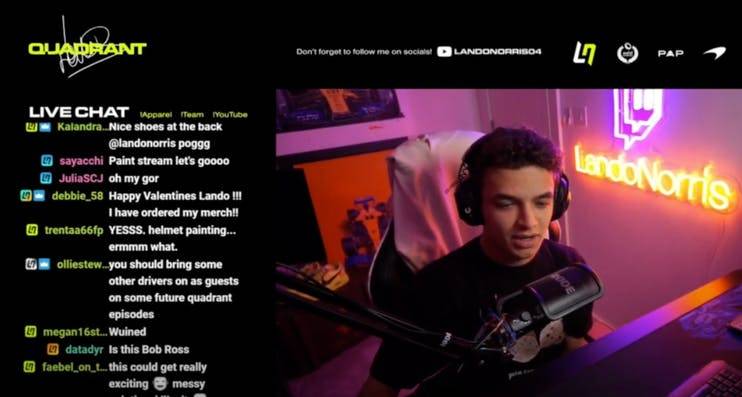 Norris has gained a dedicated following on Twitch, bringing new fans to the McLaren Racing brand.

That presented another way for fans to connect with Norris and McLaren, while also building credibility for the McLaren Shadow brand among the esports and gaming community.

“Having someone like Lando to be the front face of a lot of what we do in gaming and esports is really powerful because it keeps that level of authenticity that is so important to the gaming and esports community,” says Eckhouse.

“One of the reasons we waited to pivot to gaming and lifestyle spaces until now is because we had to work hard to make sure we had a really credible foundation first, giving McLaren a real role in esports and gaming already. And now we can take that to the masses in a different way.

“Lando has been a huge reason for that and will continue to be the face of that as we move forward. It just has to remain authentic.”

This is the cachet of McLaren, and coupled with this edgy McLaren Shadow brand, you create this accessible new proposition that you take to a community that's not used to seeing you.

The McLaren Shadow Studio seemed like a natural next step for the team as it looks to deepen its engagement with those who are not traditionally Formula One fans. Outside of motorsport, Eckhouse says McLaren want to become part of everyday conversation and be seen as a team that has its finger on the pulse, whilst at the same time remaining true to its strong history in motorsport.

“As we look to engage broader audiences, and really create a role for McLaren Racing, and just be part of the regular, everyday conversation, expanding into that gaming world is so important,” Eckhouse adds.

The team has also been able to create and utilise partnerships that put them at the heart of the gaming community. In January 2021, for example, McLaren formed a unique deal with Singaporean online game developer Garena, which allowed them to reach millions of people through the implementation of a special McLaren Racing customisation within the Free Fire mobile game.

“This is the cachet of McLaren, and coupled with this edgy McLaren Shadow brand, you create this accessible new proposition that you take to a community that's not used to seeing you,” explains Eckhouse.

“We had no relationship with them prior to that. It's an incredible fan recruitment tool in terms of talking to them in a whole different way.”

In addition, McLaren have also forged partnerships with gaming brands such as Logitech G and Alienware, the computer hardware subsidiary of Dell.

“Our Logitech G relationship has been amazing as it allows us to speak really authentically to that sim racing audience,” Eckhouse adds. “But also, they have an incredible business around peripherals, so keyboards, mice, headsets, controllers. That's used in all games, so we're able to work with them to really leverage that strength to move into gaming with us.

“Similarly, if you looked in the [McLaren Shadow Studio] space, we have Alienware everywhere, which is a huge side of Dell that is strictly for gamers. Again, another incredible partner for us to take into that space as we start to work with new titles.”

The McLaren Shadow Studio is just another step in the team’s burgeoning gaming journey. Utilising the McLaren brand and its history, the team’s next aim is to connect with influencers in the space, introducing them to the team and making them brand ambassadors. McLaren hope that will further fuel their expansion into gaming-focused content creation.

When @Tiametmarduk came to the MTC ��✨

Get up close with the McLaren Shadow Studio, as Ben walks us through all the details �� pic.twitter.com/BrdpowkklK

“We plan to build strong relationships with a variety of creators and influencers,” says Eckhouse.

“And the thinking here is we won't pay anyone. You give them access to McLaren Racing and make them feel like they're part of the McLaren Racing family. And they become authentic ambassadors for us and for Shadow.

“All of a sudden, they're the ones out there on Twitch or YouTube or wherever, whatever streaming platform, wearing their McLaren Shadow hat and talking about how great the Grand Prix was over the weekend.

It is clear that McLaren’s plans to expand in the gaming space are built on strong foundations going back several years. From engaging with esports competitors and content creators, to utilising the team’s drivers to connect with a younger fanbase, McLaren have already established themselves as one of the leading motorsport brands in gaming.

And with the introduction of the McLaren Shadow Studio, that reputation is only likely to grow.

“Ultimately, esports is a very powerful tool primarily to talk to that newer fan,” adds Eckhouse. “But also, there's so many avenues that are huge into sim racing games.

“That's where our McLaren Shadow brand has done really well, because it's like a fresh new look that shadows that of the Formula One team. It's sort of tangential to our core brand proposition that really appeals to that younger audience.”