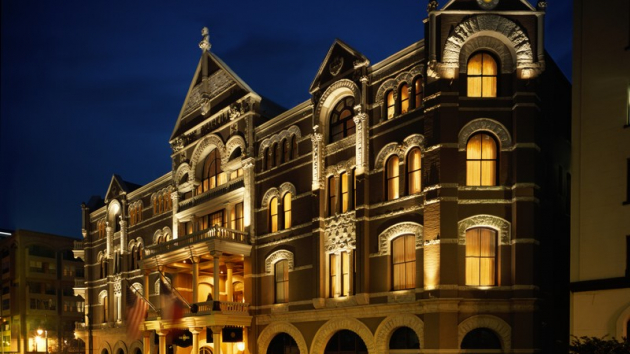 With the Singapore Grand Prix complete, the United States Grand Prix (USGP) is now a little more than a month away. 2014 marks the third year for the USGP to be held in Austin, Texas, at the Circuit of The Americas (COTA) track.

At this point, Formula One tickets are purchased and flight and hotel reservations are made. It’s now time to plan the time spent away from the track. Everything is bigger in Texas, and that includes the entertainment and festivities surrounding the Formula One race.

Upon landing, begin the Austin experience in a truly authentic fashion at Austin’s legendary historic hotel, The Driskill, located on Sixth Street in the heart of downtown. Settle in to an overstuffed leather armchair or cowhide barstool at The Driskill Bar for a classic cocktail or local beer on draught. It doesn’t get more Texas than a cold beer or glass of single malt scotch alongside Angus Beef Sliders or Slow-Roasted Barbacoa Tacos. The Driskill Bar is known for its luxury, service, and privacy for celebrities, musicians, and politicians. It is the place to see and be seen.

Prior to heading to the track on Saturday, do like the locals and start the day off with a breakfast taco and a Bloody Mary. Veracruz All Natural and Taco Deli are consistently debated as Austin’s best breakfast tacos, and the Bloody Mary can be made with one of Austin’s many premium craft vodkas, like Tito’s Vodka, Dripping Springs Vodka, Deep Eddy Vodka or Enchanted Rock.

On Saturday night, be sure to secure a reservation for dinner at The Driskill Grill, a dining landmark in Austin. Set in an elegant dining room that evokes the grandeur of bygone eras, The Driskill Grill is recognized as one of Austin’s leading restaurants. The Driskill Grill features Prime Dry-Aged Texas Steaks aged in-house in its dry-aging room and tasting menus composed of premium Texas ingredients.

The Driskill Grill also boasts one of Austin's most diverse wine lists. Noted on the “Award of Excellence” list in Wine Spectator for the past four years, the Sommelier team at The Driskill Grill curates an exceptional list of more than 280 labels from around the world. Cap off the exquisite meal with a glass of 40-year fine tawny port and a decadent dessert.

After a satisfying meal, head to ACL Live at the Moody Theater on Second Street to catch the one-night-only performance of world-renowned pop icons Duran Duran. It is the ultimate VIP live music experience for the USGP.

On Sunday, November 2, after the race is over and a champion is declared, stay at COTA and watch Kid Rock perform live for race-goers at the Austin360 Amphitheater. Then, recharge with a craft cocktail at Weather Up, drink.well or The East Side Show Room, which are all recognized nationally as some of Austin’s best craft cocktail bars.

After a weekend full of luxury and local experiences, preparations for the return trip to the 2015 USGP can begin.

To complete the ultimate 2015 USGP experience, stay at The Drikill hotel. With its legendary Texas hospitality and luxury suites, The Driskill has set the standard for elegance in Austin for more than 128 years. Make reservations by visiting www.driskillhotel.com.