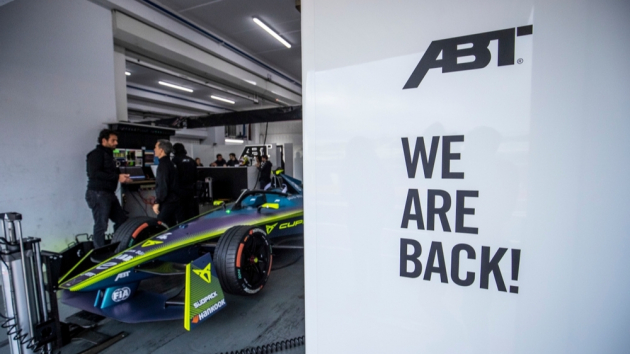 An all-electric motorsport series that preaches sustainability is vulnerable to criticism when it accepts sponsorship dollars from less-than-green companies and adds more global destinations to its calendar.

Indeed, as it embarks on its ninth season, Formula E is currently trying to balance its quest to establish itself as a truly global series with the the sustainable ethos that has underpinned its mission from the start. The more the series tries to spread its message and visit new destinations, the bigger the carbon footprint it leaves behind.

This is a challenge that Julia Pallé, the sustainability director at Formula E, is acutely aware of.

“As we grow, we are continually trying to reduce [and] be more efficient,” she tells the BlackBook. “[It’s about] trying to find innovative ways that are less impactful [to the environment] and enable us to do the same but generating less emissions.”

One objective already publicised by Formula E is to cut its emissions by 45 per cent by 2030, a commitment that was made as part of the series becoming the first sport in the world to join the Science Based Targets initiative.

Formula E’s focus on reducing its environmental impact wherever it can is reiterated by Alberto Longo, the series’ sporting director. While he acknowledges that travelling around the world with cars and equipment is not sustainable, he says the series attempts to mitigate those practices in several ways.

“We have been looking with all our partners to reduce the volume and reduce the weight to the point that we were using more planes before than what we are using today,” explains Longo.

“Once we have done it in the most efficient way possible, we offset whatever is remaining. The key element is being as efficient as possible.”

Ongoing efforts will not stop questions around the makeup of the Formula E calendar, especially when it comes to regionalisation and gaps between races. It’s a tricky problem for the series to have, and one that can be illustrated by the contrasting approaches in Formula One and Extreme E.

It was previously suggested that regionalisation was being pursued by Formula One, only for the 2023 calendar to feature few changes, while also including back-to-back Grand Prix weekends in Las Vegas and Abu Dhabi. Having minimal gaps between races, however, allows the series to be front and centre in the public consciousness. As the narrative of the season unfolds, the audience is able to follow it seamlessly from weekend to weekend.

In comparison, Extreme E transports its entire freight via sea as part of its commitment to sustainability, but this makes for large gaps between races, the smallest of which will be just under two months between the second and third races of the upcoming season.

That is not to knock Extreme E’s commendable approach, but it demonstrates the dilemma Formula E faces in its pursuit of balance between expansion and sustainability.

“The reality is that we’re still not quite satisfied with [the calendar],” highlights Pallé. “It’s very much a work in progress [but] it’s at the top of our priority list to make it more geographic and more clustered.

Longo adds: “I believe that we need to be focused on the momentum of the calendar, on having races probably every two to three weeks, a maximum of four.

“I don’t think it helps to raise awareness having races every six, seven, eight weeks. That is the time you would need to ship the equipment from Europe to America, or from Europe to Asia.”

Formula E is constantly looking at ways to make its operation as sustainable as possible, something it works on with logistics partner DHL. As part of the recent multi-year contract extension with the company, DHL will be using biofuels for all road and sea freight, including when moving race cars, batteries, charging units and broadcast equipment.

While this will not have as big of an impact as when Formula E tackles the emissions from its air freight, it’s a step in the right direction. Over the next ten years, DHL has promised to invest €7 billion in clean operations and climate-neutral logistics, something it is hoped will eventually generate greener emissions from air freight.

“The way we describe it is creating value through values,” outlines Pallé. “We put up these values together because they correspond to who we are and what we have as a mission and a vision as a championship.

“May I remind you, our vision, our mission is to accelerate sustainable human progress through the power of electric racing. That’s a statement. Once these values are in place, we involve the partners, we involve the teams because it makes sense for us as a business.”

Formula E’s efforts to contribute to a more sustainable future are certainly creating commercial value for the series, and it is especially commendable in the world of motorsport, which has historically been less concerned about offsetting its environmental impact.

However, Formula E’s decision to associate itself with certain partners has raised questions over its commitment to these so-called values.

The all-electric series recently signed a global sponsorship deal with Sabic, a Saudi Arabian company and subsidiary of state-owned Aramco. Labelled an ‘innovation partnership’, the pair say the long-term deal will see Sabic work with Formula E to integrate sustainable solutions into its ecosystem and operations.

Environmentalists, though, have claimed the company is responsible for more than four per cent of global greenhouse gas emissions since 1965, so it feels somewhat hypocritical for a series that is quick to champion its values to turn to such an environmentally unfriendly source of revenue. 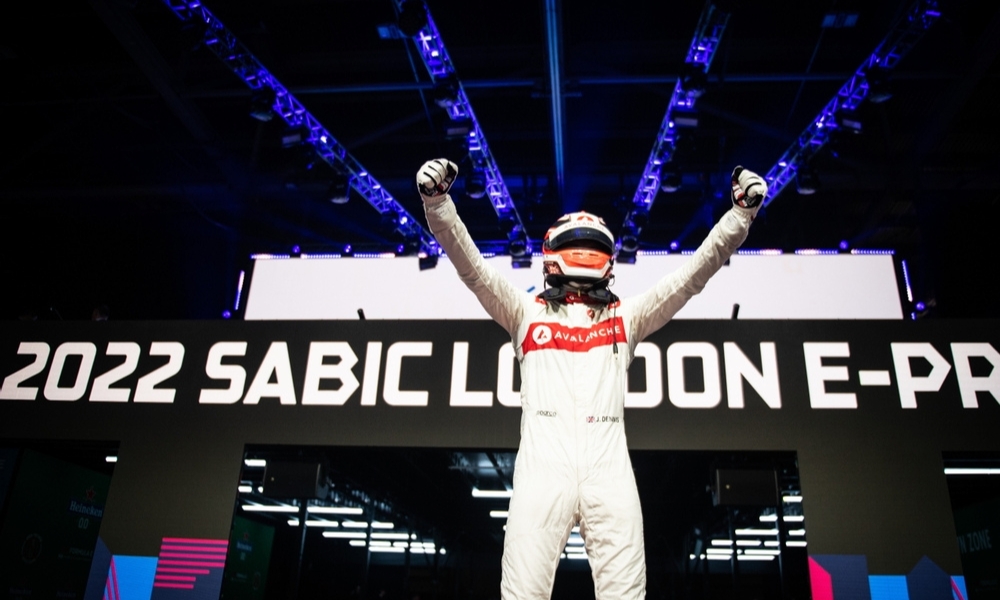 The partnership with Sabic was launched at last season's London ePrix, with the long-term contract focused on driving electrification and sustainability

Pallé argues, however, that it is necessary for Formula E to involve Saudi Arabia in the fight against climate change.

“For us, it's very simple,” she begins. “The reality is that we are facing one of the biggest challenges of humanity, which is climate change. It's tomorrow, 2030. So it's seven years [from now].

“You have two ways of approaching this. Either you preach to those that are considered as the virtuous ones, and you turn a blind eye on the reality and the rest of the world, because [Saudi Arabia] makes up a part of the world. Or you get them around the table, and you get them to help.

“We are very pragmatic, because we have decided to work with these guys. And why? Because these guys, they are giants, they have the money, hence they have the ability to innovate, which most other companies don't have.”

She also references a visit to COP 27, the United Nations Climate Change Conference, where delegation members agreed that having Saudi Arabia in the climate conversation is necessary due to the financial power and technological advancements the country brings to the table.

Either you preach to those that are considered as the virtuous ones, and you turn a blind eye on the reality and the rest of the world, because [Saudi Arabia] makes up a part of the world. Or you get them around the table, and you get them to help.

Longo also points out the country’s focus on hydrogen.

“Aramco is actually the biggest producer of hydrogen in the world,” he notes. “New technologies are coming, new forms of sustainable energy are coming. Aramco is the leading company in the world that is using it.

“It’s an oil country today, but they’re looking into transformation [the same] as everyone else, and probably quicker than anybody else.”

While the environmental strides Formula E will be able to make with Sabic’s backing are significant, it could be argued that the money the series is receiving has been generated at a considerable cost to the environment.

More broadly, Formula E’s roots in sustainability will not be forgotten, but there is bound to be scrutiny as it continues to grow and partner with companies that have poor environmental track records.

It begs the question: at what point do the ends justify the means for the all-electric series?