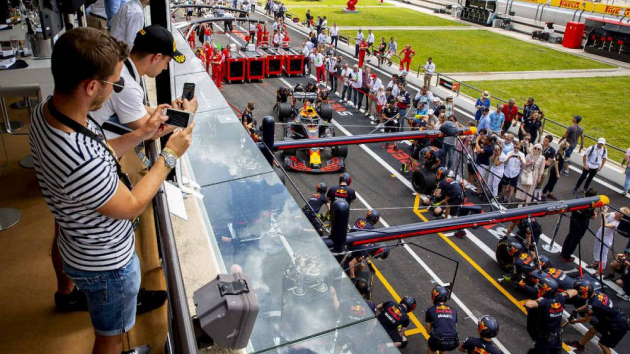 An important part of any Formula One race is the fan and corporate experience.

Established over 30 years ago, the Formula One Paddock Club presented a way for fans and corporate partners to get closer to the series through an upscale hospitality offering positioned above the team garages. Then, in 2017, F1 Experiences was created as one of the first business ventures under Liberty Media’s ownership to offer fans a wide range of ticketing packages.

F1 Experiences offers a multitude of packages across a Formula One race weekend, including behind-the-scenes access, hospitality, driver meet-and-greets and accommodation. Previously, Formula One’s experience package had only covered hospitality. Under Liberty Media’s ownership, the series has sought to expand that offering.

“That typically was the experience for fans,” says Keith Bruce, president of F1 Experiences. “It was The Paddock Club, or maybe some promoter hospitality in the grandstand. That was it.

“So F1 Experiences came in to completely change the dynamic ofattending a Formula One race. We wanted to be transformational, we wanted to give fans a chance to see and do things they had not been able to do before.”

Working in tandem with Kate Beavan, who recently stepped down as global director of hospitality and experiences at Formula One, Bruce endeavoured to build out the Paddock Club, offering passes for one, two or all three days of a race weekend, as well as the opportunity
to watch the podium ceremony up close. 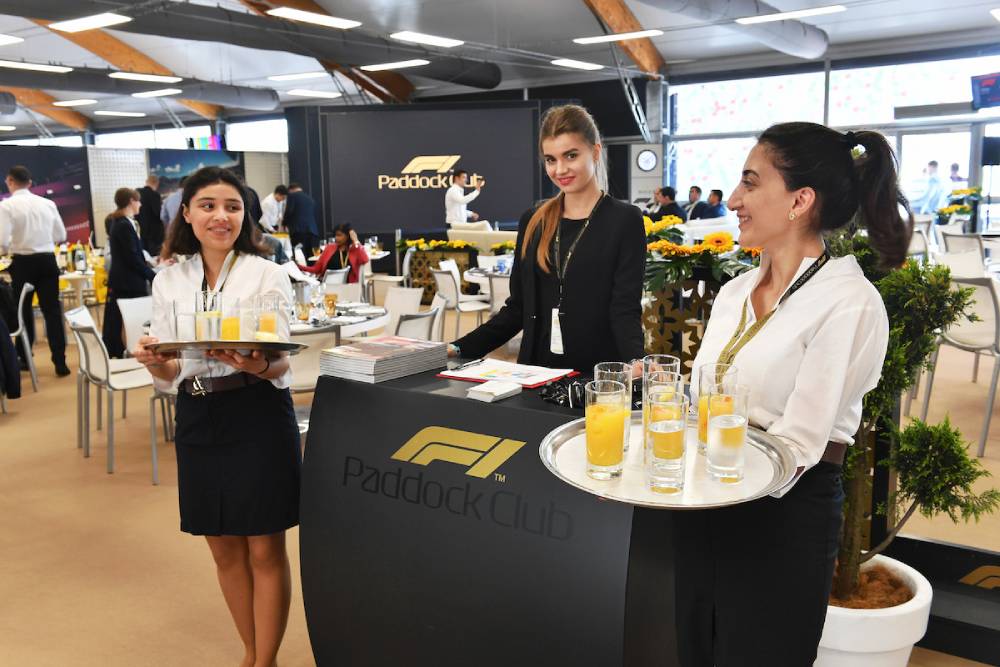 As hospitality experiences continue to gain popularity in all areas of entertainment, Beavan and her team have been working to ensure that Formula One goes the extra mile.

“Sport is a passion point for lots of people,” explains Beavan. “What makes Formula One different? It’s got 70 years of heritage, it’s travelling across 23 countries a year, it’s nine months of the year, every two weeks, sometimes every week. Most other sports can’t say that.

“On the experiences side of it, what makes Formula One different is simply the architecture of our events. Formula One paddock hospitality is by architectural design right at the heart of the action. It is above the team garages.

“Also, crucially for Formula One on the corporate side, it allows corporates to be able to build a corporate programme around a three-day event that really maximises the value for them.”

What makes Formula One different? It’s got 70 years of heritage, it’s travelling across 23 countries a year, it’s nine months of the year, every two weeks, sometimes every week. Most other sports can’t say that.

Even as Formula One seeks to expand in both new and existing markets, including the Middle East and the US, Beavan notes that some
of the series’ iconic venues such as Monaco and Spa-Francorchamps remain popular among members of the Paddock Club.

However, she points out that races in Singapore and Abu Dhabi are also gaining traction.

“Over the last 20 years Formula One has been developing new markets quite relentlessly,” says Beavan. “The Singapore race, which isn’t new anymore, quickly developed into one of the most popular races on our calendar.

“The busiest hospitality race that we do is in Abu Dhabi - not in Silverstone or Spa or one of our more historic circuits, so that’s been really interesting to see.”

F1 Experiences brings guests to the heart of Formula One

F1 Experiences, meanwhile, has been generating more business in the Middle East, which is no surprise considering Formula One’s addition of a Saudi Arabian Grand Prix.

“The fact that the calendar ends on the two races in Saudi and Abu Dhabi, demand has been incredibly strong for those for those races,” says Bruce.

“Interestingly, Saudi is more domestic to the Saudi Arabian corporate market and local domestic fan. Abu Dhabi tends to be more multinational in terms of its appeal.”

In addition, F1 Experiences is seeing its business grow in the US, where a second Formula One race in Miami is set to join the calendar in 2022. Bruce says having two Grands Prix across the pond from next year will be “phenomenal for our business” because the US is the “number
one market” for F1 Experiences.

Last year, Formula One’s hospitality branch was forced to adapt quickly when the pandemic struck. With fans unable to attend most races, the Paddock Club had to make the switch to digital. As a result, Formula One partnered with video communications company Zoom to launch the Virtual Paddock Club, which has been such a success that it is now a permanent feature of the series’ hospitality offering alongside its in-person experiences. 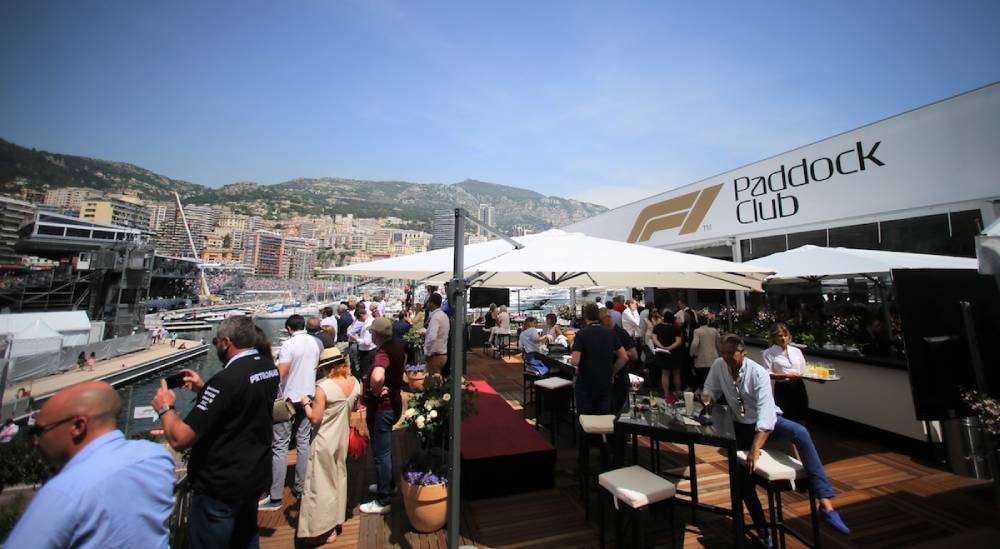 “We had to pivot very quickly to support our client base, which is mainly the guests of the teams and the team sponsors, the guests of our own VIPs and sponsors,” says Beavan.

“We decided that the most interesting thing that people wanted to see - that was akin to hospitality - was they wanted to be live at the track and see behind the scenes. They were all closed events, so nobody was really having a look at how this race is operating live behind the scenes.

“It started out as a small partnership [with Zoom], it’s now turned into a significant and longer-term partnership. So we’ve been able to develop the technology to make sure that not only are we live from the circuit, but we’re interacting.”

Looking ahead, things appear bright for the Paddock Club and F1 Experiences. There was initial concern about whether the pandemic would impact consumer habits, but Beavan reports that there have been no such issues as events start to open up again.

“One of the things that excites us most is the demand side,” she says.

“We are very pleasantly surprised, quite shocked, at the pent-up demand there is out there to come back to live events. A year ago many of us were sitting around going, ‘will this global pandemic permanently change the way people behave? Will they no longer want to go or feel comfortable going to large sporting or music events?’

“We were pondering these questions very, very seriously last year. What we see now is, whilst it’s difficult to get the events back on, the demand is certainly there.”

This feature was originally published in BlackBook Motorsport’s special report on venue operations, titled Places for Races, in September 2021. Access the report here.