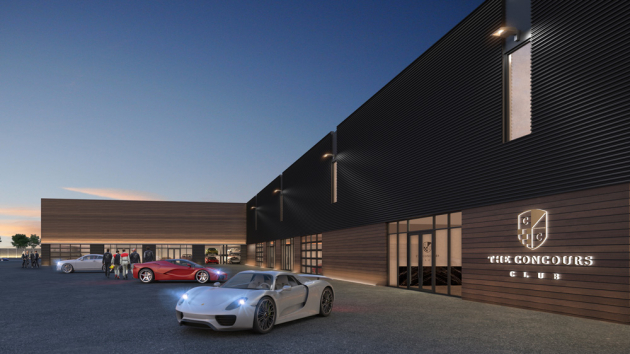 Picture this: a purpose-built, private circuit surrounded by luxurious personal locker rooms, a bar, a tuning shop with a service centre and even a restaurant with a master sommelier. This is the future of luxury motorsport and is being spearheaded by The Concours Club, a venue based in Miami.

A combination of America’s iconic country clubs and a circuit, The Concours Club aims to provide its members with an incredibly exclusive experience that is near-impossible to get anywhere else.

“We had a very clear laser focus from day one that our primary goal was entertaining a very exclusive group of members first and foremost,” says Aaron Weiss, president of The Concours Club.

“We also understand the importance of automotive events and experiential marketing, and understood that any facility probably needs that business as well in order to sustain a reasonable business model.

“But we designed from the get go everything we did to understand the intersection points of those two businesses, to ensure that our members still had an incredibly exclusive experience.”

With a focus on luxury and exclusivity, The Concours Club operates on an invite-only basis, sourcing the majority of its members through referrals.

“We invited a very small group of our friends and influencers in the automotive space and then we’ve let it organically grow largely through referrals,” adds Weiss. “We don’t go out and sell. We invite, and we invite based on a set of criteria, and we also rely on the referrals of members.” 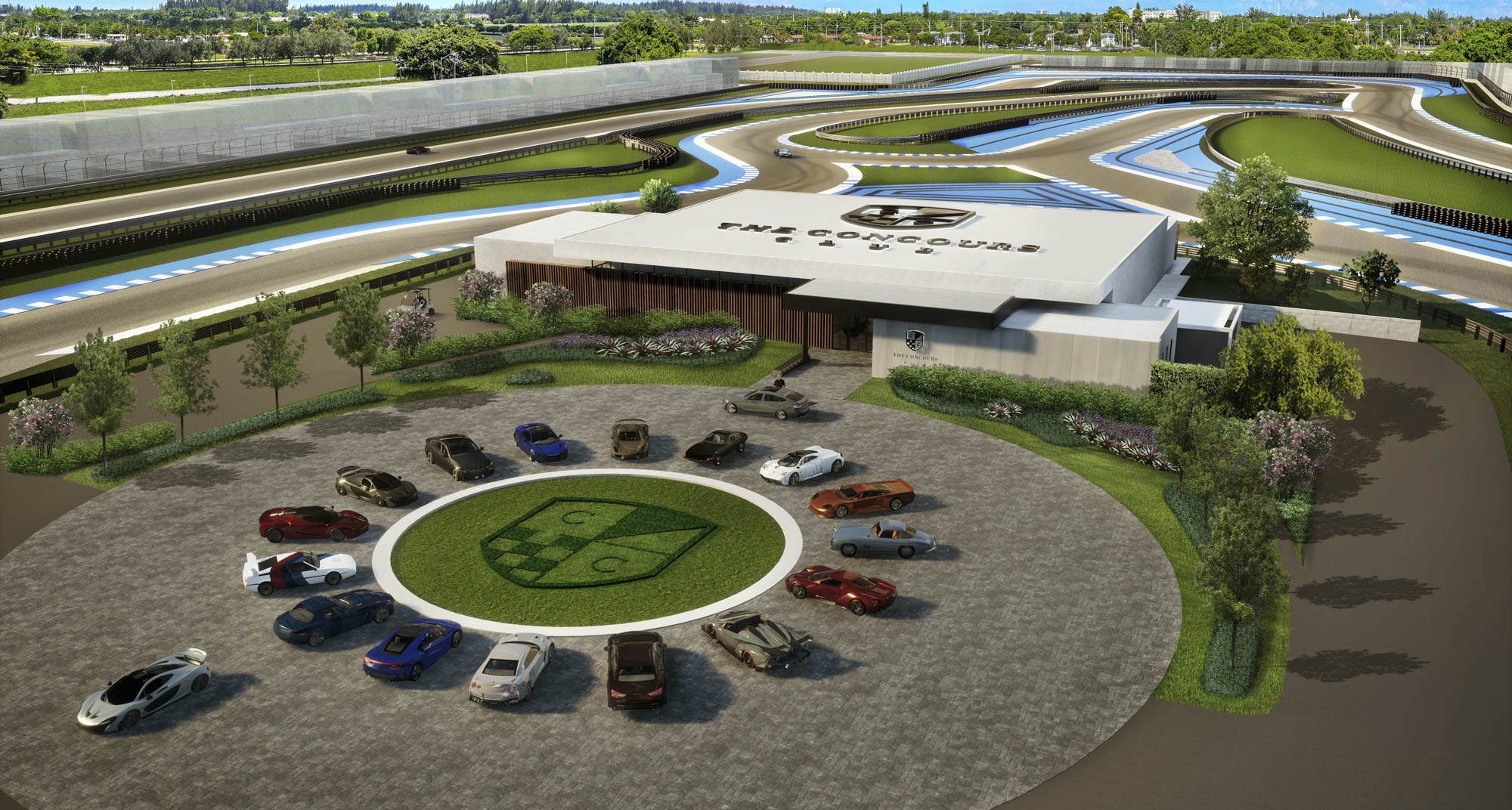 To maintain its exclusivity, The Concours Club relies on the referrals of current members

Recognising the changing needs of consumers, The Concours Club is able to offer a space for people to test their supercars to the limit in a controlled and safe way, rather than speeding on public roads. This has allowed it to establish a foothold in the industry, alongside providing a luxury experience off the track.

“The whole world is changing in a variety of ways from spectator to participant,” explains Weiss. “Today, there’s multiple models of car that have got faster and more powerful, and it’s less appropriate to drive them in a spirited manner on a public road. Traffic has increased.

“I think all these things have driven a participant-based world where people want to experience what we would’ve watched as kids.”

Automotive country clubs have been expanding across North America quietly yet quickly, but The Concours Club has one feature that helps it stand out from the crowd. Located only 20 minutes from Miami’s city centre and airport, its convenient setting has ensured a high
number of regular visitors.

“Our location is so unique and so different to anyone else’s, that it completely drives a usage pattern that’s perhaps different than the other automotive country clubs,” Weiss points out.

“Nobody else has built something like this 20 minutes from a major urban core. When it’s a 20-minute drive to attend the club, your usage patterns are completely different. So we have a far greater social aspect.

“We have far more routine attendance, but perhaps for shorter durations of time. It can be part of your daily schedule, you go to the gym in the morning, you go to the club and take a couple laps, you stick around for lunch, versus some of the other clubs that are two, three or four
hours away from the urban core.

“Also, I think casual attendees and people casually interested in motorsport are less likely to drive three to four hours to a facility, but very likely to stop by here and attend as guests of our members. And I think we see the same thing with families.” 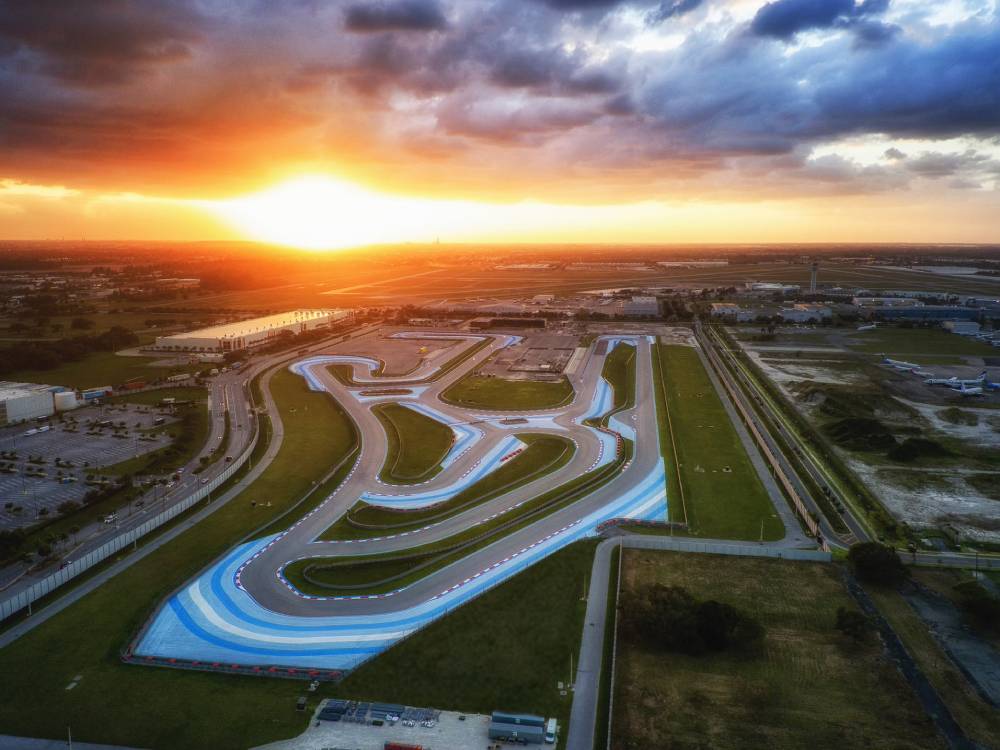 Located near the city of Miami, The Concours Club has been able to grow in popularity

Despite primarily being a motorsport venue, The Concours Club’s strong focus on luxury enables a seamless experience for members from their arrival, to their ontrack activities, to their food and drink after.

The club’s integrated restaurant, Verge, for example, tailors meals to each member’s needs. Even the on-track experience is carefully planned and thought out.

“When you get out of your car, there’s a concierge there to take your gear, take your helmet and your gloves. So we’ve elevated that luxury in everything we do.”

We wanted to provide our members with experiences and the level of services that they are accustomed to at any resort.

Alongside that, The Concours Club has created a family-oriented environment to mirror that of any typical high-class resort, blending automotive and luxury in order to take recreational motorsport to another level.

“Our main goal was also to have a family environment,” explains Susana Olmos, The Concours Club’s director of marketing.

“We wanted to provide our members with experiences and the level of services that they are accustomed to at any resort.

“We also have our locker rooms with showers and grooming stations, robes and sandals, grooming kits, anything that you would expect that a five-star resort or hotel.

“It’s really, really personalised. And since we have such a small group of members, everything is tailored to them individually. We don’t have 100 people showing up at the same time.” 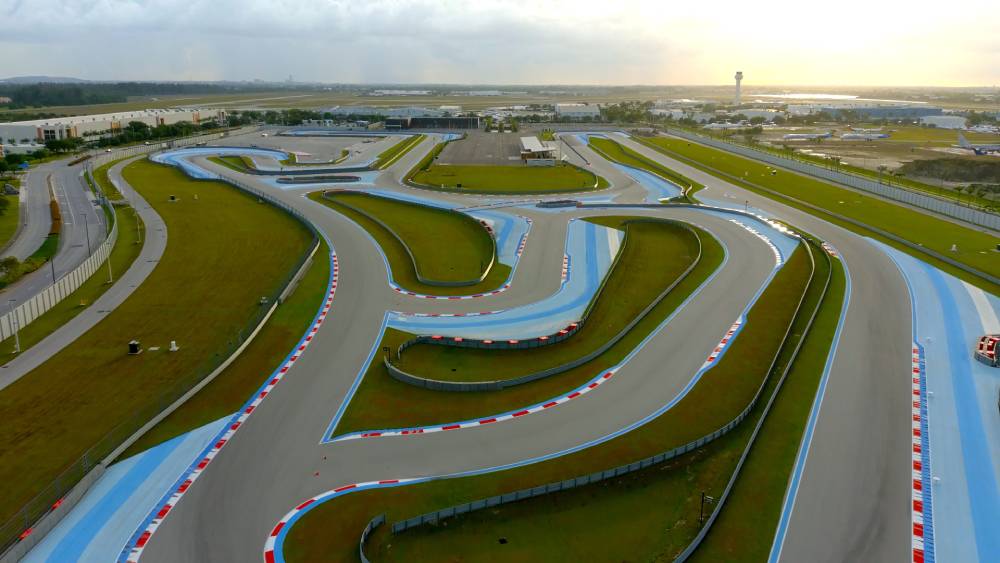 The Concours Club acts as a traditional American resort, except with a circuit

That personalised approach is the key to providing an exclusive experience to members of the club both on and off the track. Indeed, elevated experiences, its proximity and a dedication to luxury are what ultimately set The Concours Club apart.

“We put in some features after speaking with a lot of our friends in the industry and doing a lot of studying to understand exactly what it is they’re looking for and what drives those events,” says Weiss.

“We think that the only issue we’re going to have with that is maintaining space on the calendar.”

This feature was originally published in BlackBook Motorsport’s special report on venue operations, titled Places for Races, in September 2021. Access the report here.