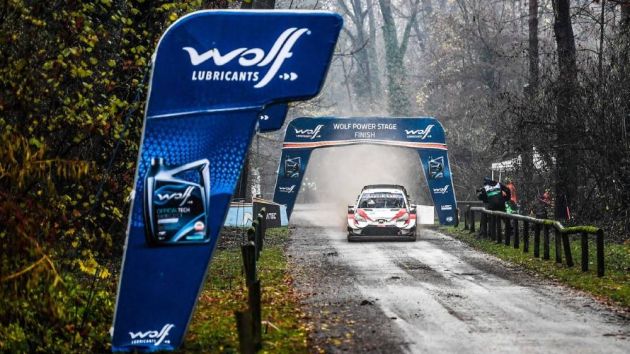 This partnership extension runs beyond the previously agreed end date in 2022.

The new deal means that the Wolf Power stage, broadcast live, will continue as the finale to every WRC rally.

In addition, the collaboration, which began in 2019, has also supported the Junior WRC and will continue to do so under the extended deal.

"It’s a huge vote of confidence in the championship from Wolf," said Thomas Tap, WRC Promoter marketing and sales director. "This extension comes against the backdrop of Covid-19, which has had, and continues to have, a significant effect on the global economy.

"Despite these difficulties and this period of uncertainty, Wolf Lubricants has proved to be a strong partner, remains totally committed to the series and supports the WRC into the future.

"The rally-closing Wolf Power Stage has become synonymous with drama and excitement as drivers chase bonus points in front of a huge global live TV audience. It has become must-watch television for fans and will continue under our extended agreement."

The 2021 WRC season continues on 22nd April in Zagreb, Croatia.