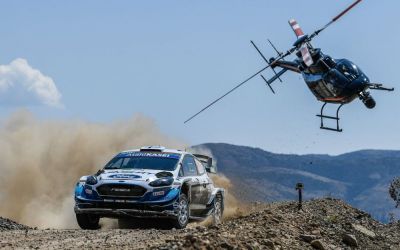 The World Rally Championship (WRC) has revealed that its global television audience was up 15 per cent for the first three races of 2020 before the season was brought to a halt by the coronavirus pandemic.

The opening three rallies of the campaign drew an average viewership of more than 80 million, according to research analyst Nielsen, topped by the season-opener in Monte-Carlo which was watched by over 100 million people.

All told, the Rallye Monte-Carlo, Rally Sweden and Rally Guanajuato Mexico were watched by more than 242 million people, up from 211 million in 2019.

The three races also benefited from an increase in coverage, which rose 28 per cent compared to last season as the WRC’s global broadcast partners combined to show 2,679 hours of the events.

Nielsen reported 112 million online video views across WRC platforms during the first quarter of 2020 as the series’ social media following grew to more than 4.3 million fans.

The strong start to 2020 came after the WRC recorded a global TV audience of nearly 850 million people last year, marking a 38 per cent increase since WRC Promoter acquired the championship’s commercial rights ahead of the 2013 season.

“The Covid-19 virus has, of course, heavily impacted our season since the opening three rounds. However, WRC TV continues to produce magazine programmes and ‘best of’ shows for our global broadcast partners until the cars can run again.”

The WRC has not staged an event since the Rally Guanajuato Mexico in mid-March and it remains unclear when the 2020 season will be able to resume.

The championship ran two esports tournaments in the absence of real-life races which generated one million video views across the WRC’s channels.

The series also launched a contest to name the greatest WRC driver of all time, which generated more than 300,000 votes in addition to 600,000 unique page views on its website and 1.2 million video views on the WRC’s social media channels.

“We reacted quickly to the absence of WRC action to keep our fans entertained,” Ciesla continued. “A core element of our strategy was not only to develop content for our own channels, but also initiatives relevant to our manufacturer teams, drivers, event organisers and media.”

The WRC has released a draft schedule of nine races for 2021 despite still working on a revised calendar for this season. Major changes include the return of Rally Australia and an event in Spain. There is currently no place for Rally New Zealand, which was due to return this year for the first time since 2012, although WRC said more races will be added to the 2021 calendar at a later date.