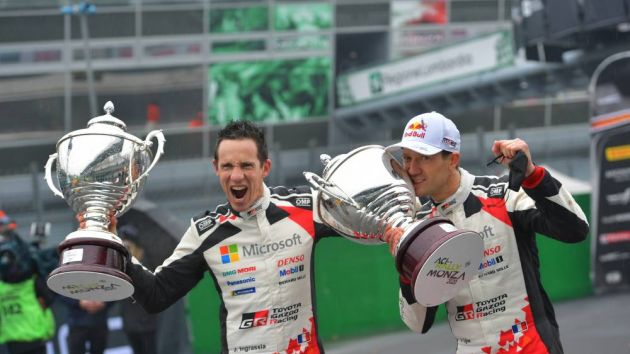 The World Rally Championship (WRC) has announced that an event in Monza, Italy will replace the cancelled Japanese round.

Due to the impact of the Covid-19 pandemic in the country, Rally Japan was cancelled for the second consecutive year, leaving a vacant slot on the 2021 calendar.

Details and formats of the 2021 Monza Rally, which will feature some elements of the famous Monza circuit, are yet to be announced.

This announcement means that there will be three remaining events on the 2021 WRC calendar, including rounds in Finland and Spain.

"I take this opportunity to also express my heartfelt gratitude to all who worked so tirelessly in order to make this event possible," said Satoshi Suzuki, Rally Japan executive committee chairman.

"We are determined to do our best in order to overcome this Covid-19 pandemic and successfully be able to hold the WRC in Japan in 2022. I pray for the safety of all."

The WRC has already announced a partial 2022 calendar made up of nine rounds, with the final four yet to be announced.

So far, dates have been released for Monte Carlo Rally (20th to 23rd January) and Rally Sweden (24th to 27th February). Rounds in Portugal, Italy, Kenya, Spain, Japan, Estonia and Greece have also been confirmed, but the dates are yet to be revealed.