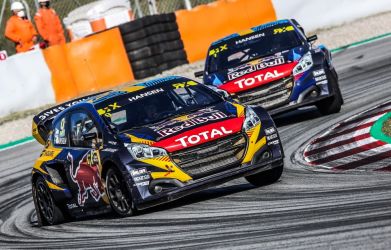 The International Automobile Federation (FIA) has appointed WRC Promoter as the new commercial rights holder for the World Rallycross Championship (WRX) ahead of the 2021 season.

A tender for a new series promoter was announced in October last year, after IMG decided it would no longer run the series it had led since its inception.

The FIA and WRC Promoter will work together for the 2021 season, with the owner of the World Rally Championship (WRC) set to be handed the commercial and media rights for WRX in a multi-year agreement.

The German-based company has also committed to invest in WRX, in particular the development of the future electrification of the series.

As part of these efforts, this year will see the launch of the entry-level FIA RX2e Championship, the first-ever FIA electric rallycross championship. This will support WRX, with the season due to get underway at Spa-Francorchamps in Belgium on 22nd and 23rd May. The new RX1e electric FIA World Rallycross Championship will debut in 2022.

Peter Bayer, FIA secretary general for sport, said: “We are pleased to be aligning with WRC Promoter as we build towards a ground-breaking electric future for the FIA World Rallycross Championship.

“The FIA and WRC Promoter have reached a common vision on how to work together for the benefit and the growth of rallycross. Our respective teams are working on a long-form agreement, look forward to commencing work on the 2021 championship and to the move of the sport towards a bright, more sustainable and greener future.

“We have worked extensively with the company as the promoter of the FIA World Rally Championship for a number of years and we anticipate they will bring the same energy and dynamism to the promotion of rallycross.”

Jona Siebel, WRC Promoter managing director, added: “World Rallycross sits on the verge of an innovative and pioneering future. We see strong growth potential in all areas and WRC Promoter is delighted to be at the forefront of a series focused on sustainable technology and e-mobility.

“Rallycross provides breathtaking thrills and spills and we will build new foundations to create an engaging and progressive platform for our global audience and partners.”