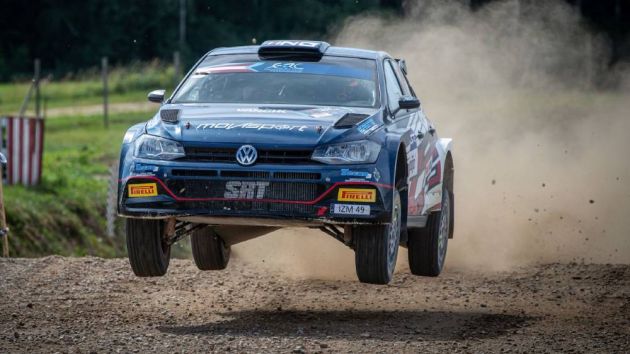 WRC Promoter has secured the rights to promote the European Rally Championship (ERC) in a multi-year deal beginning in 2022.

The decision was made at the recent International Automobile Federation's (FIA) World Motor Sport Council meeting in Monaco and includes all ERC support series.

The addition of ERC will bolster WRC Promoter's portfolio to four series, including the World Rally Championship (WRC), which it has managed since 2013.

In March 2021, the FIA outlined a tier system for rallying around WRC and ERC, known as 'Rally Pyramid'. WRC sits at the peak, followed by ERC and WRC's primary support category. This tier system positions ERC as a feeder series to WRC, providing a clear pathway of progression.

"The FIA has entrusted the group with the commercial rights for another major championship. Having built a strong track record in promoting the WRC during the last nine seasons, we’re in a perfect position to add the ERC to our portfolio," said Jona Siebel, managing director of WRC Promoter.

"We have a high level of organisational, promotional and broadcast experience in our team and look forward with great confidence to working alongside the FIA to develop the ERC as an integral part of the Rally Pyramid.

"We see strong growth potential in ERC, focused around Europe’s key markets. Our goal is to further cultivate its own identity, whilst at the same time ensuring it fits hand and glove with the WRC’s structure."