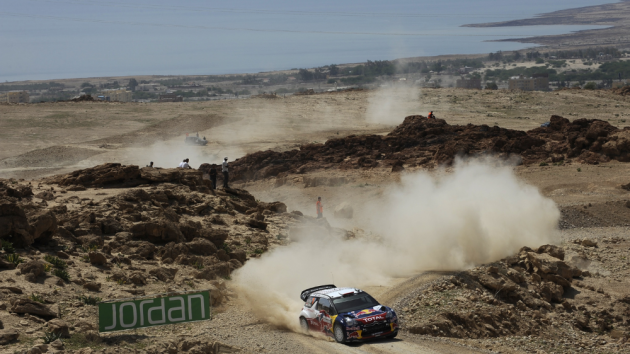 The World Rally Championship (WRC) is in discussions with several parties in the Middle East to host a race next season, according to Autosport.

Rallying’s premier competition has been absent from the Middle East since 2011, but it is unclear if Jordan is again in the running having been the last country to host a round in the region.

Saudi Arabia is said to be a logical option, having hosted the Dakar Rally since 2020 and staged the opening rounds of the all-electric Extreme E championship in 2021 and 2022.

“If we look at the calendar right now, we have got a good snow event, we have got Africa, we have the Acropolis rally in Greece, and these are the events we wanted to bring back,” Simon Larkin, WRC event director, told Autosport.

“I think to have an event in the Middle East and particularly a desert event is the one that is missing from that puzzle.

“It is our ambition to bring one into the World Rally Championship and even as soon as next year, and we are working towards that goal.

“We would love to realise a calendar where we are competing on every continent except Antarctica.

“That is what the world championship needs and that was what we were planning for 2020, and we want a return to absolute normality next year.”

While discussions continue, it is expected that the WRC will return to Mexico next year, although no official announcement has been made by the championship. The WRC is also looking at hosting its first race in the US since 1988.

“The US remains our number one target for an event in the future no question,” said Larkin.

“We are still working towards that for this year. In Q4 this year, we expect to have something, whether it is a demonstration, roadshow or test event.

“The US is attractive for every single stakeholder in the championship. We know there is a great fanbase because we see from fan engagement numbers across all of our platforms.

“There is not many other countries that we go to where we have existing ambassadors such as Travis Pastrana and Ken Block already participating in the sport.

“We see it is a great launchpad for the WRC to have an event there. We just need to find the right fit for a city.”