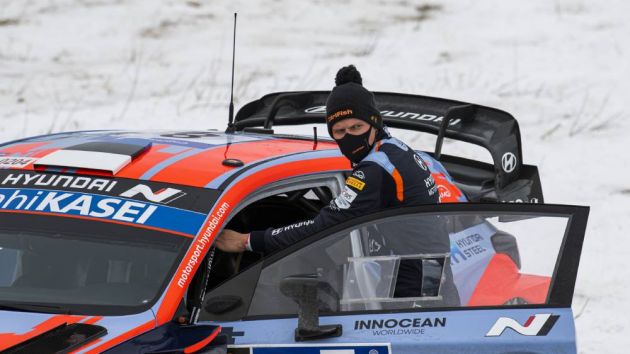 All three current World Rally Championship (WRC) manufacturers, Hyundai, M-Sport Ford and Toyota, have committed to remaining in the series for the next three years as it makes the switch to hybrid vehicles.

In 2022, the cars are set to add a battery to provide electric power as well as their internal combustion engines as part of the series' sustainability drive.

The series' governing body, the International Automobile Federation (FIA), has stated it will provide an equal contribution to the costs as the manufacturers to produce the new cars.

The design of the new vehicles will focus on sustainability, safety and cost management.

In order to maintain stability within WRC, the FIA has asked manufacturers to commit for a minimum of three years, an increase from the previous one-year commitment.

"It’s no exaggeration to say the introduction of sustainable hybrid technology for the WRC’s headline category marks one of the biggest milestones in the sport’s history," said Jona Siebel, RC Promoter's managing director. "It’s fitting such a major progression will be welcomed in the championship’s 50th anniversary season."

"Along with the FIA and the manufacturers, WRC Promoter is fully committed to the introduction of greener cars. The hybrid powertrain forms an integral part of the automotive industry as the world moves towards a more sustainable future, and it’s essential the WRC is aligned with this evolution."

The 2021 WRC season continues on 22nd April in Zagreb, Croatia.