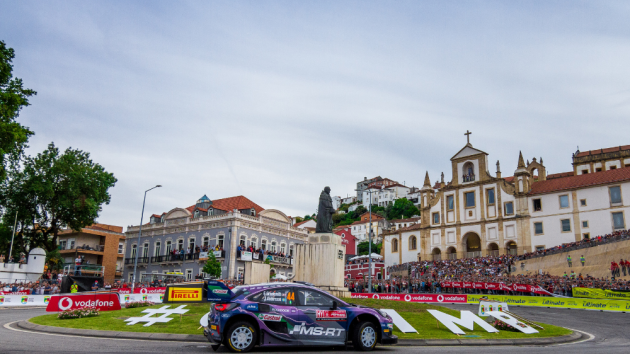 The World Rally Championship (WRC) has announced it is planning to launch a 24/7 TV channel in 2023.

As part of a bid to reach new markets and increase access, the channel will feature coverage of all championships.

Jona Siebel, the managing director of WRC Promoter, which owns the commercial rights to the WRC, discussed the plan on the eve of the Rally Portugal event, which started on 19th May.

“In 2023, we will launch a 24/7 rally TV channel with all of the championships, the next milestone,” said Siebel, who was speaking at the WRC’s 50th anniversary season gala dinner.

“We want to reach new markets, we want to enter new markets and implement in new countries, so this is our plan to develop the TV so we are very, very confident.

“We have an ambitious agenda, so let’s do it.”

No details have been revealed as to how the channel will operate, but further information is expected to be revealed in the coming weeks.

This decision follows the launch of the WRC+ All Live subscriptions service, which offers extensive coverage of the WRC and the European Rally Championship, in 2018.

FIA president Mohammed Ben Sulayem offered his support for the 24/7 rally channel, adding: “We have to reach more people, we have to be appealing to all of the people who can see the [rally] cars look similar to normal cars.

“We cannot forget that this sport, yes it is about speed, but it is also about entertainment.”