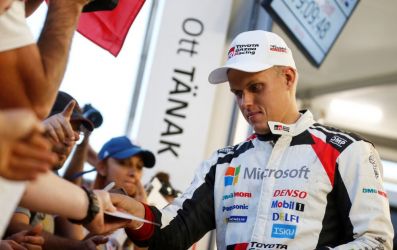 The World Rally Championship (WRC) has confirmed Japan, Kenya, and New Zealand will return to the motorsport series’ calendar for the 2020 season.

Making way for their inclusion on the WRC’s 14-rally calendar, rallies in Australia, Spain and France will drop off the schedule.

Oliver Ciesla, managing director of WRC Promoter, said: “It’s no secret we wanted to further globalise the series by incorporating more events outside Europe and we’ve achieved that next year with this exciting new-look calendar.”

All three countries were confirmed on a 14-round schedule approved by the FIA, world motorsport’s governing body. Their promotion follows the introduction of a second South American round in Chile this year.

Unlike previous editions of Rally Japan, which were held on the northern island of Hokkaido, the 2020 event will be based in Nagoya, on the country’s main island of Honshu, about three hours’ drive from capital city Tokyo.

The all-new asphalt stage will mark the final round of the championship and takes place between 19th and 22nd November next year. Meanwhile, Kenya’s Safari Rally will form the championship’s eighth round between 16th and 19th July.

Ciesla continued: “The return of Japan and Kenya provide a presence in the world’s largest two continents by size for the first time in more than two decades. The last time Asia and Africa appeared in the WRC together was 1999.

“The two continents are huge markets for the WRC and I thank everyone involved from both countries and the FIA who have been instrumental in returning the rallies to the calendar for 2020.”

Rally New Zealand returns after a seven-year hiatus and will take place in Auckland between 3rd and 6th September.

Ciesla added: “New Zealand has a close affinity with the WRC and ranks in the top 10 of the championship’s most-visited host countries.

“The rally will be new to many of our competitors, but those who have driven the magnificent flowing roads in the countryside around Auckland will tell you there are few, if any, in the world that are better.”