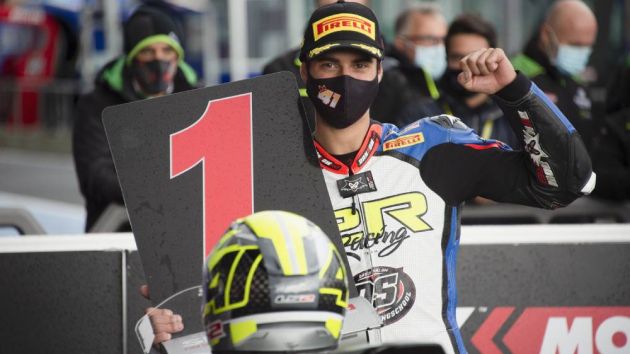 Fans will be able to watch the championship and its supporting series through Eurosport's mainstream channels, as well as other platforms including Discovery+.

The agreement will bring WorldSBK to more than 50 markets in Europe through localised coverage.

In addition, Eurosport will continue to hold exclusive rights to the championship in 32 markets, including the UK, France, Poland and the Netherlands.

WorldSBK and Eurosport have been long-term partners, working together for nearly 25 years.

"We are thrilled to renew and reinforce our historical partnership with Eurosport," said Manel Arroyo, managing director of series managers Dorna Sports.

"This renewal will ensure that our championship will be available to the largest audience of fans across Europe through one of the biggest sport broadcasters.

"The competition promises to be exceptional with fresh changes to the rules and Dorna is very excited to be bringing a new look WorldSBK to millions of people via Eurosport's established audience.

"Eurosport's dedicated coverage to the championship combined with the track action will make for more content hours for fans to enjoy a truly immersive WorldSBK experience, and another memorable era of the championship for everyone involved."