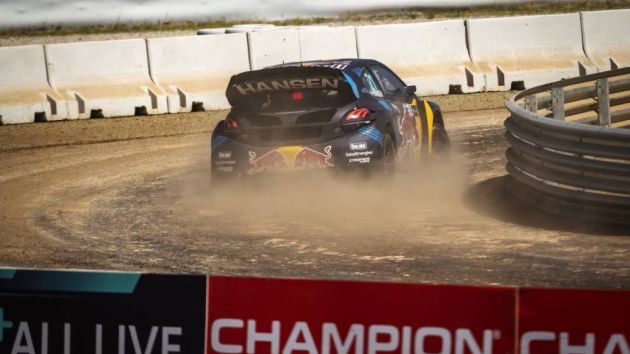 Rallycross Promoter, promoter of the World Rallycross Championship (World RX), has confirmed that this month’s scheduled round at the Nurburgring, Germany, has been postponed due to widespread flooding.

The event, a new addition to the World RX calendar, was scheduled to take place from 31st July until 3rd August. However, recent flooding in Germany has led to its postponement as the circuit has become a rescue and recovery point.

The double-header event will now serve as the season finale and will take place over the weekend of 27th and 28th November.

"Everybody has seen the pictures of the devastating recent flooding in Germany, and whilst the Nurburgring itself has thankfully been largely spared by this natural disaster, the same cannot unfortunately be said for the surrounding area," said Arne Dirks, executive director of Rallycross Promoter.

"It is important to remember that there are far more important matters at stake here than rallycross, and we must pay immense tribute to the event organisers, who have worked night and day to help the humanitarian efforts.”

“At the same time, they have collaborated very closely with us as the World Championship promoter and the FIA to find a solution to reschedule the event, and we are very much looking forward to going to this legendary venue later in the year for what promises to be a pulsating season finale – with the World Rallycross Champion set to be crowned at one of motorsport’s most iconic venues."

The lubricant manufacturer joined the World RX commercial portfolio in 2020, introducing the 'Champion Fast Start Award', which rewards the driver who is quickest to the first corner.

As part of the new deal, Champion Lubricants will receive prominent trackside branding and a presence on World RX's social media channels.

The 2021 World RX season is set to begin on 23rd July in Barcelona.