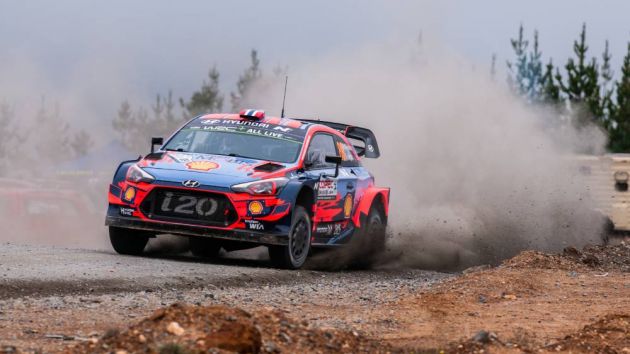 The championship had to undergo a series of adaptations as Covid-19 restrictions limited possible event locations.

The 2021 season will begin at the Circuit de Barcelona-Catalunya on 23rd and 24th July and then travel to Germany's Nurburgring, a new calendar addition, for a doubleheader from 31st July to 1st August.

Remaining in Europe, the series will venture to Holjes, Sweden for three days of racing from 20th August. This event has been pushed back by seven weeks to increase the chances of fan attendance.

Across 3rd to 5th September, the series will be in Loheac, France, then Riga's Bikernieki National Sports base in Lativa on 18th and 19th September.

The final two rounds of the season will take place at Belgium's Spa-Francorchamps on 9th and 10th October, before heading to Portugal's historic Montalegre track, a staple of the calendar from 2014 to 2018.

Montalegre replaces the Hell circuit in Norway, which is unable to host an event this season due to strict border controls.

“We all acknowledge the positive trend over the summer of the pandemic in Europe," said Arne Dirks, executive director at Rallycross Promoter.

"That’s why, after having liaised closely with our key stakeholders, we have taken the deliberate decision to delay the start of the campaign in the hope of being able to open the gates to fans at as many rounds as is feasible and safe and have assembled what we believe is an irresistible blend of iconic rallycross tracks and state-of-the-art modern venues. We are confident we now have the best possible WRX calendar for 2021.

"To be able to confirm the return of Montalegre – a circuit that has always been a fan-favourite and never fails to offer WRX a warm welcome – is fantastic news for all concerned, and whilst we are obviously disappointed not to be able to race in Norway this year due to ongoing complications related to the pandemic, we are sure we will see Hell back on the calendar in the future as WRX races into a bright new era."