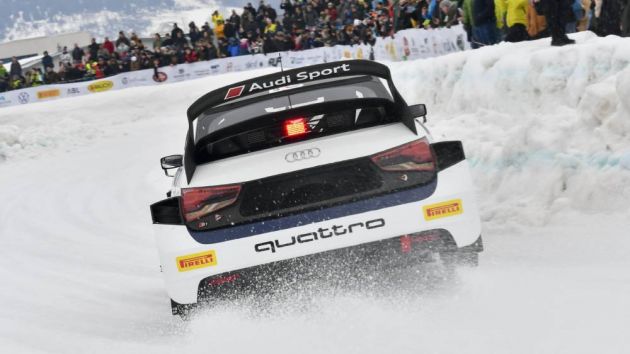 WRC Promoter, the commercial rights holder for the World Rallycross Championship (WRX), has amended the series’ calendar due to Covid-19 safety concerns.

The FIA World Motor Sport Council originally approved a ten-round schedule in December, but the season will now take place over eight rounds held at seven venues between June and October.

The 2021 WRX season will now start at Norway's Hell circuit on 12th and 13th June before heading to Sweden for the second round three weeks later. The originally planned season-opener at Spa-Francorchamps in Belgium will now be the last event of the campaign.

The main series will be supported at six of the venues by RX2e, a new all-electric championship. The FIA European Rallycross Championship for RX1 and RX3 cars will run at a mix of events throughout the year.

This year marks the last of the WRX supercar era before the switch to RX1e electric cars in 2022. The 500kW cars are slated to be some of the fastest electric vehicles in the world, according to WRC Promoter.

WRC Promoter, which took over the promotion of WRX earlier this year, is planning a return to a longer and more diverse calendar for the 2022 season.

“The calendar has been revised with the support of the World RX teams to ensure a fitting finale for the supercars ahead of the start of the exciting electric era in 2022," said WRC managing director Jona Siebel. "We want maximum participation, whilst retaining a mouth-watering array of the best circuits.

"We’ve made a strategic decision to start midway through the year to give organisers every possible opportunity to open their doors to fans in these challenging Covid-19 times.

"World RX fans are renowned for creating an exceptional atmosphere during race weekends and, along with individual country organisers, we’re doing all we can to provide the best chance of welcoming them."