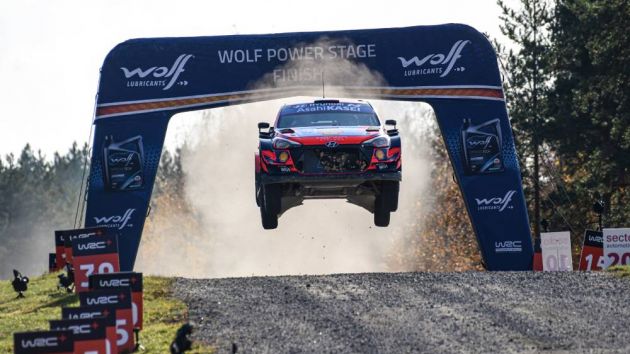 As part of the deal, Forum8 will recieve joint title sponsorship with the Automobile Club d'Italia for the upcoming Rally Monza event on 19th to 21st November. The race will be named the Forum8 ACI Rally Monza.

Additionally, the partnership is set to continue into the 2022 season, where hybrid technology will make its debut in WRC.

Forum8 will also receive title sponsorship for the 2022 Rally Japan event, the date of which is yet to be announced.

In addition, the Japanese software company will receive branding and activations for the duration of the partnership, as well as integration into WRC's digital offerings.

"We look forward to developing this partnership and jointly investigating projects to integrate Forum8’s expertise and future technologies into the WRC eco-system," said Thomas Tap, senior director of marketing and sales at WRC Promoter.

"The WRC’s ground-breaking new hybrid era, part of a portfolio of regulations to lead the series into a more sustainable future, is rapidly gathering momentum ahead of its introduction in 2022 – which also marks the championship’s 50th season.

"So this is an exciting time for Forum8 to be joining the WRC family and there will be a warm welcome awaiting at what I’m sure will be another thrilling climax to the season at Forum8 ACI Rally Monza."

The 2021 WRC season continues on 14th to 17th October in Catalunya, Spain.