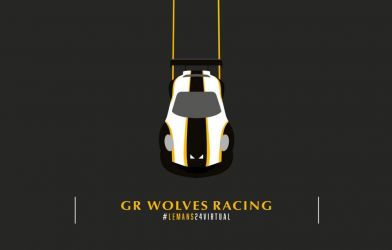 The UK-based racing team will kit out its Porsche 911 RSR GTE car in the Premier League side’s traditional gold and black branding for the two-day competition, which will see the outfit rebranded as GR Wolves Racing for the occasion.

With the traditional FIA World Endurance Championship suspended until September at the earliest during the ongoing coronavirus pandemic, it was decided that this year’s edition of Le Mans would be held online across 13th and 14th June.

The deal is Wolves' latest foray into esports, having expanded their efforts beyond the FIFA soccer title and into Player Unknown's Battlegrounds (PUBG) and Crazy Racing, as well as launching their own tournament portal.

Russel Jones, Wolves’ general manager for marketing and commercial growth, said: “This is a great opportunity for Wolves to enter the world of motorsports and extend our esports portfolio.

“This partnership provides us with an opportunity to reach a brand-new audience and align the Wolves brand with one of the most iconic motor competitions in the world.”

Gulf Racing owner Mike Wainwright added: “Gulf Racing are a technical racing team so it was important to find a partner that could help us navigate a new world of esports.

“Wolves have made great strides in this area and we look forward to sharing our skills on this exciting venture.”

The virtual Le Mans will feature 50 teams made up of a combination of esports champions and professional racing drivers, including a number of high-profile Formula One racing stars such as Lando Norris, Max Verstappen and former world champions Jenson Button and Fernando Alonso.

The driver line-up and car livery for the GR Wolves racing team will be unveiled via Wolves’ social media channel this week. The main event will be aired live via YouTube, Eurosport and Motorsport TV, with full global broadcast distribution still be announced.