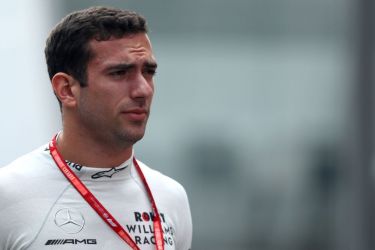 The Williams Formula One team have added Royal Bank of Canada (RBC) as their latest commercial partner for the 2020 season.

The agreement gives the financial services company branding on the nose of Williams’ FW43 car. RBC’s logo will also feature throughout the UK racing team’s garage and hospitality areas, as well as on teamwear and the drivers’ race suits.

It continues a hectic few commercial weeks for the team ahead of the upcoming campaign. Having lost anti-perspirant Rexona as a major partner earlier this month, Tata Communications, Omnitude and Symantec also reportedly opted not to continue their relationship with Williams.

However, the motorsport outfit have bounced back after fresh agreements with Sofina Foods and Lavazza. The former was founded and is managed by Canadian billionaire and McLaren minority shareholder Michael Latifi, the father of new driver Nicholas.

Now the Latifi influence on Williams appears to have played another key role in the teams’ latest commercial tie-up with RBC, with the company first naming Nicholas as a Team RBC ambassador in 2014. It had been reported that the 24-year-old arrived with €30 million (US$33.4 million) of annual backing.

Claire Williams, deputy team principal of Williams Racing, said: “Formula One is a sport on a world stage and we’re proud to partner with a global financial institution that is passionate about helping young athletes achieve success in all forms of sport.”

Matt McGlynn, vice president, brand marketing, at RBC, added: “Unlocking the potential of youth and young athletes is a priority at RBC, and this partnership will allow us to continue to support talented Canadian racer Nicholas Latifi as he makes his debut this spring with Formula One.”