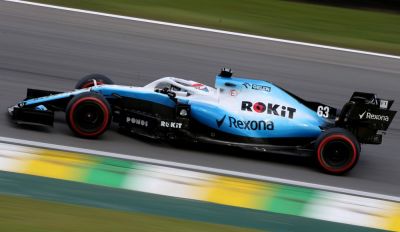 The Williams Formula One team have lost another major commercial partner after Unilever-owned anti-perspirant brand Rexona opted not to renew its contract, according to Polish sports outlet Sportowe Fakty.

Having recently lost Polish petroleum firm PKN Orlen to Alfa Romeo Racing, in a deal which also saw sponsored driver Robert Kubica sign for the Italians after leaving Williams, the UK-based motorsport outfit look set to be looking for another significant sponsor.

Initially signed in 2015, the Rexona deal was apparently worth €15 million (US$19.7 million). The figure would have made it Williams’ second largest partnership behind their current title sponsorship with technology brand Rokit that runs through to 2023 and was renewed in July last year.

In a further blow for Williams, minor sponsors Tata Communications, as well as blockchain platform Omnitude and software company Symantec have also reportedly followed Rexona out the door. This seems to be confirmed with none of the four companies branding currently listed as partners on Williams’ official website.

The loss of sponsorship revenue has been offset slightly by the arrival of driver Nicholas Latifi for the 2020 season. The son of Canadian billionaire and McLaren minority shareholder Michael Latifi reportedly arrives with €30 million (US$35.5 million) of annual backing.

It all compounds a wretched period for Williams, who finished bottom of the 2019 constructors and drivers championships, collecting only a solitary point over the entire 2019 campaign.