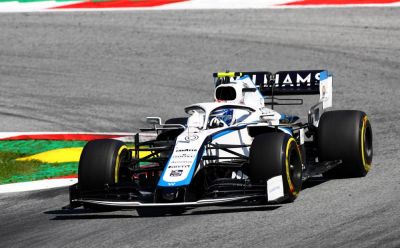 Williams Racing have appointed Texas-based software solutions firm PumpJack Dataworks to a new digital innovation programme that will see the development of the Formula One team’s analytics operation and fan experience capabilities.

With the team-up looking to generate commercial revenues through greater technological collaboration, the project will also look to complement the commercial innovation programme Williams announced in April with sports and entertainment agency 1920 Worldwide.

Adding: 'Dynamic first party data and the collation of second and third party data is fast becoming the new currency of value for the sports industry. This intimate and dynamic knowledge of the consumer base will rewrite the valuation model for sponsors.

'Accessing [and] refining that data is the critical process that all rights holders need to invest in to provide dynamic data about their single most important asset - the fan.'

Describing the appointment, Tim Hunt, commercial and marketing director of Williams Racing, said: “The traditional models of sports sponsorship and customer engagement are no longer relevant or sustainable and the appointment of PumpJack is one more step we are taking to ensure Williams remains at the forefront of innovation both in our core purpose of racing in Formula One, but also in how we engage with our fans and deliver value for our partners.”

On the track, Williams, who finished bottom of the constructors’ championship standings last season, began the 2020 Formula One campaign with a fruitless race in Austria. In an incident-packed Grand Prix, George Russell was forced to retire and new driver Nicholas Latifi finished out of the points in eleventh place.

Williams also remain up for sale, with Canadian businessman Michael Latifi, Nicholas’ father, reportedly in the running to acquire the team for €135 million (US$153 million).