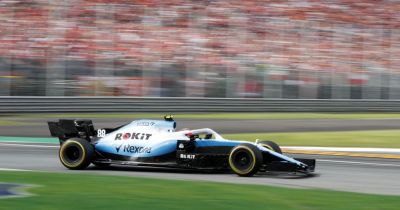 Williams have confirmed that they will continue to use Mercedes engines in Formula One until at least 2025.

The UK-based team had already committed to using the power unit for next season and have now built on that relationship further with a fresh five-year deal.

The Mercedes Formula One team continue to dominate the global motorsport series and are on course to yet again claim the drivers’ and constructors’ championships. In contrast, Williams’ form has declined after they first made the switch to Mercedes’ turbo-hybrid engines, finishing third in 2014 and repeating the feat a year later.

Since then, the team have been on a miserable run, finishing bottom of the constructors’ standings in 2018, and remain at the foot of the table once more in 2019 with a solitary point.

There are hopes at Williams that a technical department restructure will turn things around, coupled with new rules planned for 2021 aiming to make the grid more competitive.

Claire Williams, Williams deputy team principal, said: "Mercedes has been one of the sport's most successful engine suppliers and we believe they will continue to have an extremely competitive engine package going forwards.”

Toto Wolff, Mercedes motorsport boss, added: "Williams is one of the iconic brands in Formula One.

"They have been through some tough times recently but that has only served to demonstrate their resilience and strength of character as they battle back to where they belong on the grid.

"I am certain that the outlook for independent teams is bright under the financial regulations that will be introduced from 2021 and we are delighted to continue our partnership with Williams into that new era of our sport."