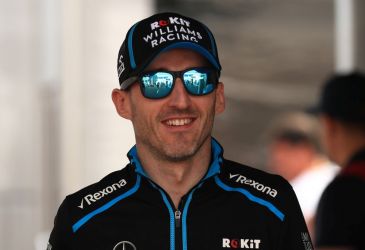 The Williams Formula One team have extended their deal with Rokit, taking their title partnership with the technology brand through to 2023.

The initial deal, first inked between the two in February, was due to run until the end of the 2021 season and was worth a reported US$20 million, but now it will continue for a further two years.

Though it is a welcome financial boost for Williams off the track, on the track they are enduring a miserable season and are rooted to the bottom of both the drivers’ and constructors’ championships.

Despite the team’s poor race pace, Rokit’s chairman Jonathan Kendrick said he remained committed to working with Williams and had seen positive results from the partnership over the last six months, including in branding, hospitality and technical collaboration.

“There’s masses of potential for Williams to leverage their brand in a way that they’ve never done before.

“Obviously nobody’s happy with finishing last, but I’ve been to the factory, I know what they are capable of, I’ve seen the incredible engineers they’ve got. It’s just a hiccup."

Claire Williams, Williams deputy principal, said of the new deal: “As I said in February, this is a natural partnership based on shared values of innovation, engineering excellence and trust.

“Rokit joined the team at a challenging time and it means a great deal to us that they believe in our vision and are committed to helping us achieve it.”

The news comes amid reports that Williams had not been fully paid their agreed €10 million (US$11.25 million) fee from PKN Orlen, the Polish oil refiner and petrol retailer. Apparently the company had only stumped up half of the agreed sum, which is dependent on Robert Kubica keeping his race seat on the team for the whole season, fuelling speculation he was set to be replaced by Esteban Ocon, Mercedes’ reserve driver.

‘Speculation regarding the limitation of Orlen’s support for Williams is untrue,’ said a PKN Orlen spokesman in a statement issued to Polish media.

‘The contract with the team is for the whole season and is closely related to the participation in the races of Robert Kubica. The rules of financing and the team’s obligations are precisely defined in the contract.’

Williams head to Silverstone for the British Grand Prix this weekend, hoping to pick up their first points of the season.