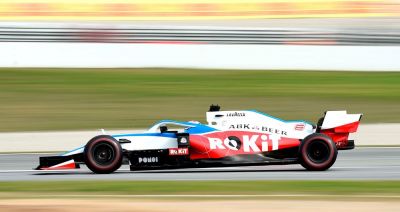 The Williams Formula One team have appointed sports and entertainment agency 1920 Worldwide to assist in the development of the racing outfit’s new commercial programme.

The team-up will see the pair collaborate on an initiative that intends to disrupt traditional deal structures and deliver new opportunities for partners and venture developers in the global motorsport series.

“Over the past few months, we’ve taken a thorough look at the marketplace as we thought about how to support our new commercial vision and it was clear from the beginning that 1920 understood both what makes Williams unique and what it is going to take to evolve our commercial programme,” said Tim Hunt, Williams’ commercial and marketing director of Williams.

“We have recognised that partner needs have changed, and we must be prepared to think differently to help them accelerate their growth – whether that is finding new uses for traditional F1 assets, embracing emerging technology or creating big ideas, we’re very excited to see what we can make possible.”

Simon White, chief executive of 1920 Worldwide, added: “Williams F1 is an institution, and we are thrilled to join the number one family business in motorsport to help them re-define what’s possible for partners in and around the fast moving world of Formula One.”

Though the 2020 Formula One campaign remains suspended due to the coronavirus pandemic, it was a hectic commercial offseason for Williams, who secured a partnership with Royal Bank of Canada (RBC), offsetting lost deals with Rexona, Tata Communications, Omnitude and Symantec.

The lack of race day income, for now, means teams are relying increasingly more on commercial deals to keep them afloat. Only last week, Franz Tost, boss of AlphaTauri, warned his team were losing up to US$2 million for every Grand Prix cancelled.

As well as dismal on-track performance in recent seasons, Williams have also been feeling the heat financially, posting a loss of more than UK£16 million (US$20) for the first half of 2019.

In the short term, it does not appear to be getting easier for teams to conduct normal business. Formula One has extended the shutdown period for teams, meaning factories must remain closed for 63 consecutive days – up from 35.

All teams’ racing operations will now stay closed until the end of May.

The decision follows new plans from Formula One to finally start this year’s season in Austria, with the race scheduled for 5th July, after the French Grand Prix became the tenth race to be cancelled or postponed due to the Covid-19 health crisis.

The target remains to stage "between 15 to 18 races" in 2020, according to Formula One chief executive Chase Carey, who said the series will publish a finalised revised calendar as soon as possible, also noting that the series’ plans "are obviously subject to change".