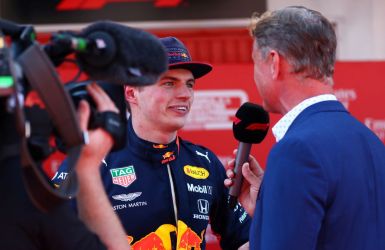 Co-founded by former Formula One driver David Coulthard, BT Sport presenter Jake Humphrey and British actor Sunil Patel, Whisper specialises in the production of entertainment and sports content for rights holders including Formula One and the National Football League (NFL).

Blackbird, which has built a reputation around its cloud editing platform, will see its remote production platform used to create content and drive efficiencies for Whisper's client portfolio, in particular, Formula One. The agency also works with the Rugby World Cup, the Women’s Six Nations, the Paralympics, W Series racing, and SailGP, as well as a host of broadcasters, including UK pay-TV’s BT Sport and Sky, as well as Amazon's Prime Video over-the-top (OTT) streaming platform.

Blackbird chief executive Ian McDonough said: “Whisper is very much the gold standard of sport production and it’s fantastic to be working with them on a range of top level sports, including Formula One – one of the biggest names in international sport.

“Having a professional, remote editor that can work consistently on low bandwidth and in a browser is a powerful combination of attributes and we are delighted to be able to satisfy the demand for it.”

Patel, Whisper’s chief executive, added: “Enabling our teams to work safely and efficiently to create world class content is a big priority for Whisper. Blackbird’s state of the art, accessible solution allows us to achieve this with the highest production values.”