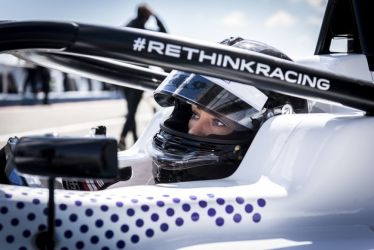 The W Series, the world’s first all-female single-seater motor racing championship, has announced a TV deal with UK broadcaster Channel 4 ahead of its inaugural season.

The free-to-air network will show all six of the series’ races live in 2019, with coverage provided in high-definition and online.

As well as live coverage of full races, programming will include pre-race build-up, behind-the-scenes insights from each circuit, and qualifying.

News of the deal comes with the W Series’ preparing to debut at Hockenheim in Germany on 4th May. This year, the championship will operate as a support series for the German Touring Car Masters (DTM) and will culminate at Brands Hatch in August.

“This is a historic moment for us,” W Series chief executive Catherine Bond Muir said in a statement. “The UK, with its incredible love of motorsport, is a cornerstone market for W Series, and what better way to engage and entertain than with live coverage of our all-female single-seater racing?

“Channel 4 is the ideal broadcast partner and we’re delighted to be working with them as we introduce the world to this exciting new concept.”

Launched last year, the W Series aims to increase opportunities to compete and provide a career pathway for women and girls into the highest levels of motorsport, including Formula One. For that reason, drivers do not have to pay to race, while their travel and accommodation expenses are being covered by the series’ organisers.

In recent months, 18 racers have been whittled down from an initial field of 54 during a driver selection process. Among those to make the cut are British GT4 and MRF Challenge champion Jamie Chadwick, former Red Bull junior Beitske Visser, and ex-Formula Renault driver Alice Powell.

Speaking to SportsPro prior to the announcement of the Channel 4 deal, Muir said efforts are being made to achieve the broadest possible visibility for the series from the outset.

To that end, her London-based team has been working to secure widespread distribution on free-to-air broadcast platforms, while social content will also be produced in-house to “tell the stories of our drivers” and appeal to digital audiences.

“We do have a policy that, wherever possible, we will put W Series in front of the paywall,” Muir said. “We don’t want to hide it, and it isn't because we’re against pay-TV at all.

“It’s just that we want as many people to see it as possible and by definition going to pay-TV fewer people have access. We’re looking country-by-country. We’re making decisions at the moment, putting contracts together that will maximise viewership as far as possible.”

Besides Muir, a former IP lawyer specialising in sport and leisure who later moved into corporate finance, the creation of the W Series has been spearheaded by 13-time Formula One Grand Prix winner David Coulthard, who serves as chairman of its advisory board and was part of the team of judges that selected the competing drivers.

Coulthard has previously commentated on Channel 4’s coverage of Formula One, which the network currently airs as part of a sub-licensing deal with UK pay-TV provider Sky Sports.

“I’ve had the privilege of working with Channel 4 as a Formula One commentator for many years and I’m thrilled that their appetite for live motorsport has grown to cover W Series too,” said Coulthard.

“Channel 4’s experience with Formula One will prove invaluable as we work together to produce a compelling show for viewers, fans, partners and sponsors alike.”