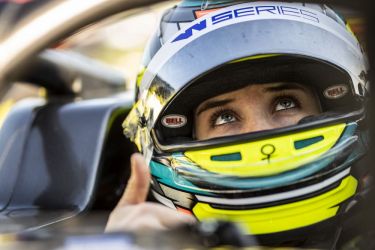 W Series, the all-female motor racing championship, has signed media rights in a further 36 markets globally, including deals in Asia, Africa, Oceania, and the Netherlands.

The series will makes its debut in the German city of Hockenheim on Saturday, 4th May, marking the first of six races during its inaugural season, which concludes at Brands Hatch, in the UK, on 11th August.

W Series chief executive Catherine Bond Muir said: “History will be made on 4th May, when 18 of the world’s fastest female drivers line up on the grid.

”So it’s perhaps not surprising that so many fans around the world want to be a part of that, and that broadcasters are responding.”

This was followed by news that the Nordic Entertainment Group (NENT) Group would broadcast full W Series coverage across the Nordic region, including Sweden, Finland, Denmark and Norway.

In the Netherlands, Ziggo Sport has added series rights to its sports portfolio, which already includes Formula One. Meanwhile, a parallel deal with NOS will see the nation’s free-to-air terrestrial channel also host news coverage from the series during race weekends.

Muir added: “The Netherlands boasts some of the world’s most ardent motorsport fans, so we’re thrilled to be able to bring our breakthrough racing series to these enthusiasts from right across the region.”