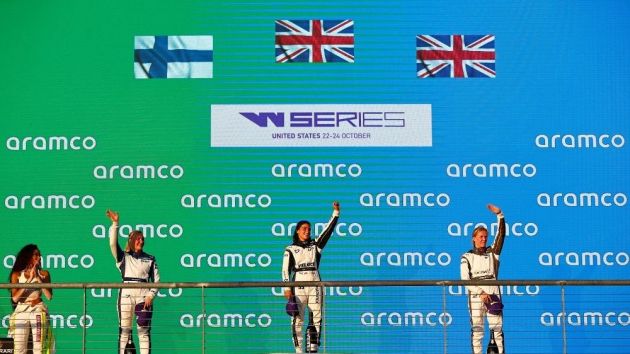 The deal, which runs through to the end of the W Series’ fifth season in 2024, represents the championship’s largest media investment to date, though financial terms of the agreement have not been disclosed.

The tie-up also includes distribution of W Series content across Comcast-owned Sky’s various channels, including linear, digital and social. The pair will also work to together on joint initiatives to promote women in motorsport.

In addition to the UK, the W Series will begin a new agreement with Sky Italia this season, adding to the championship’s pre-existing deal with Sky Deutschland.

UK free-to-air (FTA) network Channel 4, previously the W Series’ sole rights holder in the UK, will now air highlights of every race. It will also broadcast live coverage of the series’ race at the British Grand Prix at Silverstone in July.

“Throughout our conversations with Sky, I've been impressed by their commitment to women's sport and plans to amplify coverage of W Series across their vast portfolio of distribution channels, which will add real weight to our offering across broadcast, digital, and social platforms.

She added: “W Series is an increasingly international series – more than half of the races during the 2022 season will take place outside Europe, including our first-ever race in Asia in support of the Japanese Grand Prix at Suzuka. Our broadcast partnership with Sky Sports reflects this, giving us great breadth of coverage across Sky's global platforms and we're excited to showcase incredibly exciting racing through fantastic content, direct to our fans.”

Jonathan Licht, managing director of Sky Sports, added: “In addition to Sky Italia and Sky Deutschland, Sky Sports are delighted to be growing our motorsport portfolio with this recently established elite women's series.

The W Series season starts with a double-header on the support bill for Formula One’s Miami Grand Prix from 6th to 8th May.