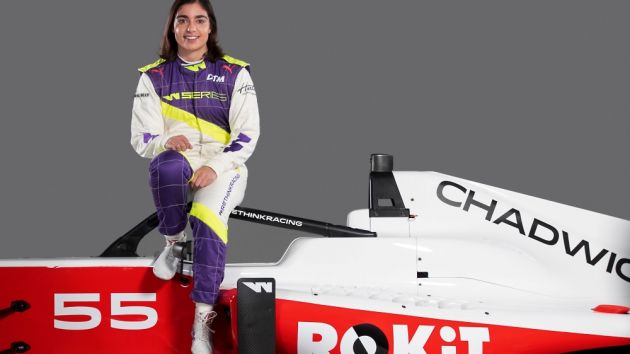 The agreement will see Rokit's branding appear on all 20 drivers' cars and overalls, with the new race livery set to be revealed ahead of the first event of the 2020 season, which is taking place in St Petersburg, Russia on 29th May.

The W Series already counts the likes of German sportswear brand Puma and Korean tyre manufacturer Hankook among its commercial partners, but in announcing its sponsorship deal with Rokit hailed the collaboration as 'the first major partnership agreement' since the property was launched in October 2018.

W Series chief executive Catherine Bond Muir said: “As a high-tech, disruptive, customer-focused brand, Rokit sits comfortably alongside W Series and its mission to change the face of motorsport and we’re delighted that we’ll be racing together in the coming years.

"It’s also exciting to see a brand that’s already present in Formula One, Formula E and other well-established race series, recognising and supporting opportunities for women in sport, and taking immediate action. We expect this to be an emerging trend in 2020.”

“We’ve been amazed by the progress made and the success achieved by W Series since it smashed into the world of motorsport, and we really want to be a big part of its future as it develops over the next few years," added Rokit chairman Jonathan Kendrick. "Like W Series, Rokit is a young, ambitious, tech-driven company making waves at the leading edge of our industry, and this partnership is an absolute natural fit for us.”

Earlier this year Bond Muir told SportsPro that the W Series "will be looking for sponsorship in year two" after initially concentrating on "delivering a very professional series" during the inaugural 2019 season.

Commenting on the brands the series would be looking to partner with, Bond Muir added: “It’s a competitive world. If I can get money out of existing motorsports sponsors, of course I will. But unquestionably what we’re doing is opening up motorsport to a whole load of new sponsors, and that’s new in two ways.

"One, obviously sponsors who want to associate themselves with women because they are female-leaning products, but also on the other hand, I think sponsors who have been put off motorsport to date because it is so male-centric.”

The W Series announced in November six races as part of its initial race calendar for 2020, with Bond Muir promising that “the complete” 2020 calendar will be announced “as and when we’ve finalised it”.